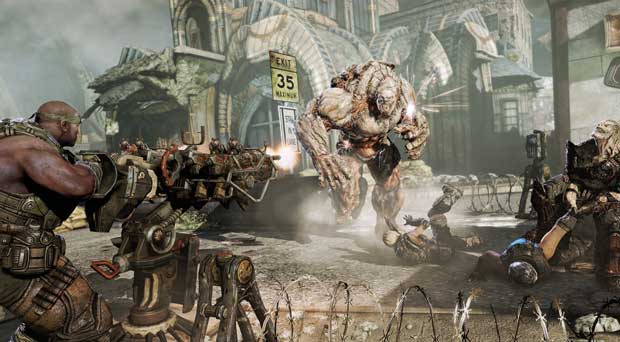 Gears of War 3 will bring closure to the story of Marcus Fenix.  Does that mean there won’t be other Gears of War games?  Not entirely.  According to Rod Fergusson, Gears of War 3’s Executive Producer, this third installment of the franchise will wrap things up nicely for this part of the story-line.  In a recent interview with CVG, Fergusson explains that their goal is to “bring the story to closure and go out with a huge bang.”

“We’re not blowing up the world so Sera and the Gears universe will live on, but for us we didn’t want to betray our customers and community by having a cliff-hanger ending where you’re like ‘argh I just got duped, now I’ve gotta wait until the next game’,”

And as much as I love a good cliff-hanger ending, it will nice to get some closure in a storyline for once.  Ever since Halo told me I was going to “Finish the Fight”  each game that I’ve finished that prepped me for the inevitable sequel has left a bitter taste in my mouth.  I’m all for sequels, but I’d love to actually finish a game, which is something that disturbingly doesn’t happen anymore.

Fergusson explains that closure is important for the Gears of War 3.

“We wanted to have closure, we wanted people to have some satisfaction that they were along for this ride and they lived through a story.  “We’re not going to reveal everything because we want some mystique left in our universe, but this is the Marcus Fenix story and people should feel satisfied after playing through that.”