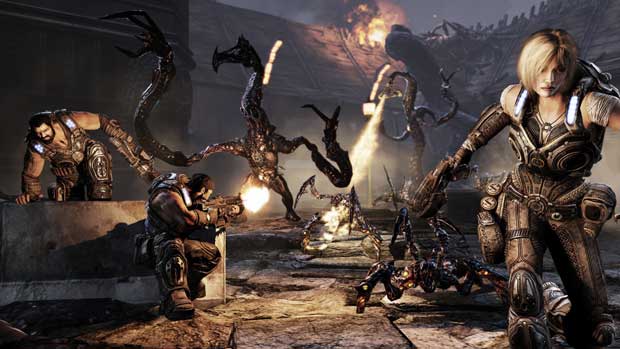 The Gears of War 3 Beta is just around the corner, and it’s almost time for the Xbox Live public to get their hands on what Epic’s been cooking up over the past couple of years.  As you may know, the Gears of War 2 launch didn’t go very smoothly with plenty of server problems that made the game a real pain in the ass to play online.  Epic has since worked on Gears 2 to smooth out the online experience, but first impressions are very important so come mid-April we’ll get to see if Epic learned from its mistakes with Gears 2 .

In a recent interview with CVG Gears of War 3 Executive Producer, Rod Fergusson claimed that they were estimating “around the one million range”, for players participating in the beta.  He also stated that they’re not looking to gain any accolades by being the most played beta, but they’re “just trying to get enough data to help us make a better game.”  The beta will start on April 18th for Bulletstorm buyers, and the 25th for Xbox Live Gold Subscribers.

After the beta ends the long wait to September 20th begins, and being that this is a Xbox 360 exclusive you can guarantee you’ll be seeing alot of this one on the moving pictures tube leading up to release.