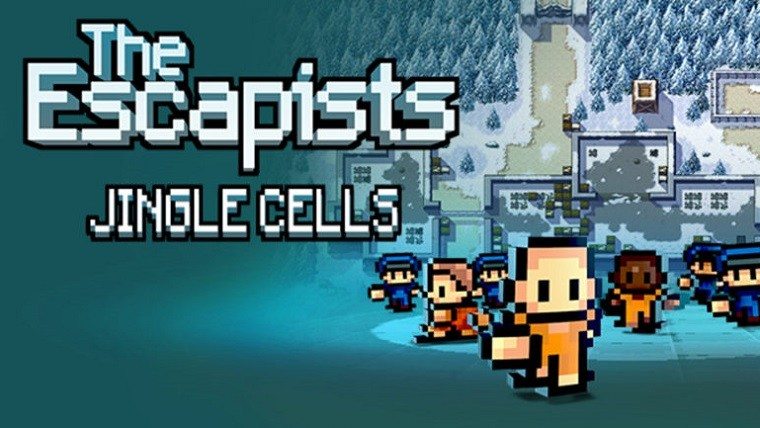 It’s the Christmas season, and that means that there are plenty of games that are getting in the holiday spirit by releasing Christmas-themed updates. One such game that is set to be doing that is The Escapists, which will be getting the Jingle Cells update on December 8th on PlayStation 4, Xbox One and PC. This update will be available to download entirely for free, which will come with several new things to check out.

First of all, this is actually a continuation of the Christmas-themed update that the game got around this time last year, which was called Santa’s Sweatshop. We’re once again following the trials of Buddy the Elf, who is stuck inside of the Frosty Pines prison and is trying to bust out. This is all in an effort to be home in time for Christmas, but he’ll need to be able to fix the sleigh first. Along with a new leader board, Jingle Cells will be bringing 20 new items and craftables.

This isn’t all that is on the horizon for The Escapists series, as developer Team17 recently announced that The Escapists 2 will be launching next year. The game will be offering several improvements over the first game, which includes the drop-in/drop-out multiplayer for both co-op and versus modes. The graphical style and combat system have also been revamped, offering deeper combat and more detailed environments. You can check out the announcement trailer at the bottom of this post.

Last year The Escapists took an interesting turn when it released a collaboration with The Walking Dead series in the form of The Escapists: The Walking Dead. That game had you taking control of Rick Grimes as he tries to lead his group of survivors to safety from the endless waves of zombies. The game follows the series of comics more closely than it does the TV show, with the game using actual comic panels that have been recreated in an 8-bit style.