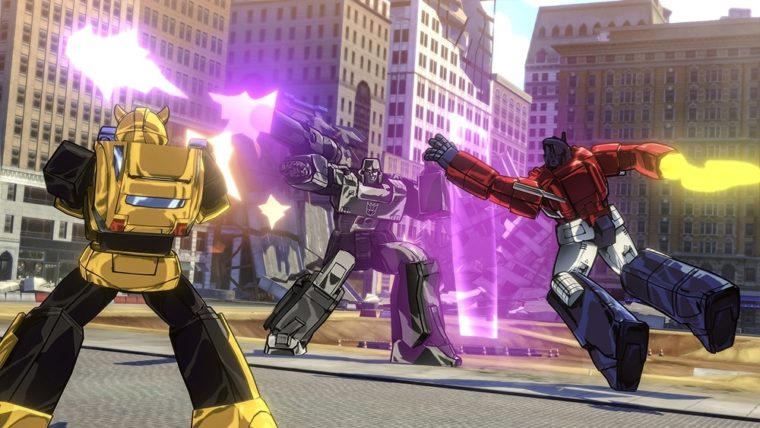 The ESRB has now given a rating for Transformers Devastation giving us a few more details on the full game.

ESRB has rated Transformers Devastation as “T” for teen with the only content descriptor being that it includes “Fantasy Violence”. Basically it features a bunch of robots fighting each other and not much more. You won’t be hearing any swears words in this game…

The rating summary is: “This is an action-adventure game in which players assume the role of Autobots on a mission to stop the Deceptions’ evil plans. From a third-person perspective, players traverse urban environments and battle enemy robots in frenetic melee-style combat.

Players use swords, energy blades, laser blasters, and vehicles attacks to destroy enemies. Battles are accompanied by close-up slow motion effects and colorful flashes of light; enemies disappear amid large explosions when defeated. In one sequence, players can use laser turrets to shoot down a horde of flying robots.”

From the description, it sounds like this new game will be a lot more fun than last year’s “Rise of the Dark Spark” video game. Although you can only play as the Autobots in this game.

However, the good news is that many of the voice actors from the old ’80s cartoon return in Transformers Devastation. This includes Peter Cullen who voices Optimus Prime and Frank Welker who plays Megatron just to name a few.