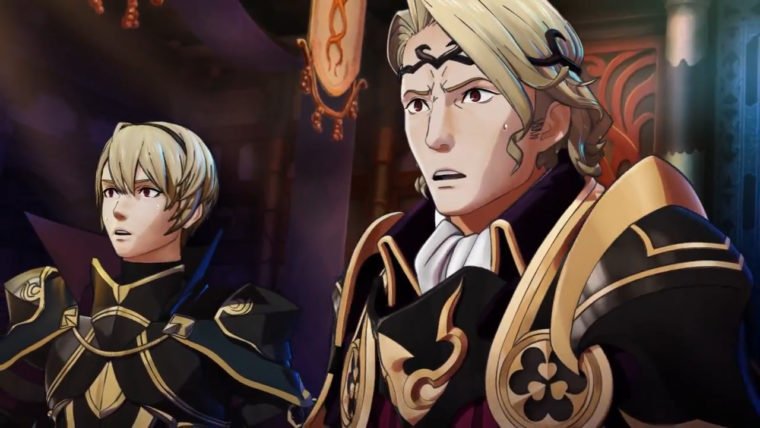 The ESRB has now rated Fire Emblem Fates: Birthright and Conquest over on its official website. There is some interesting suggestive material that are in both games for buyers to be aware of.

Both Fire Emblem Fates: Birthright and Conquest have been rated T for teen. The content descriptors are: “Animated Blood, Fantasy Violence, Suggestive Themes”

The rating summaries are identical: “This is a role-playing game in which players assume the role of a warrior battling evil forces (e.g., soldiers, demons). Battles are depicted from an overhead perspective, with characters moving around a grid while taking turns selecting attack moves from a menu. Attacks are presented in short animated sequences: characters striking each other with swords, lances, axes, and pistols.

Cutscenes also depict violent acts: characters stabbing themselves or sacrificing themselves for others (e.g., jumping in the way of an attack). A handful of scenes depict silhouetted splashes of blood or brief mist-like sprays when characters are struck. A handful of female characters are depicted wearing low-cut outfits that reveal large amounts of cleavage; in one cutscene, the camera pans up a female character’s body, lingering on her cleavage and buttocks.”

Both Fire Emblem Fates: Birthright and Conquest will be released exclusively for the Nintendo 3DS on February 19th, 2016.