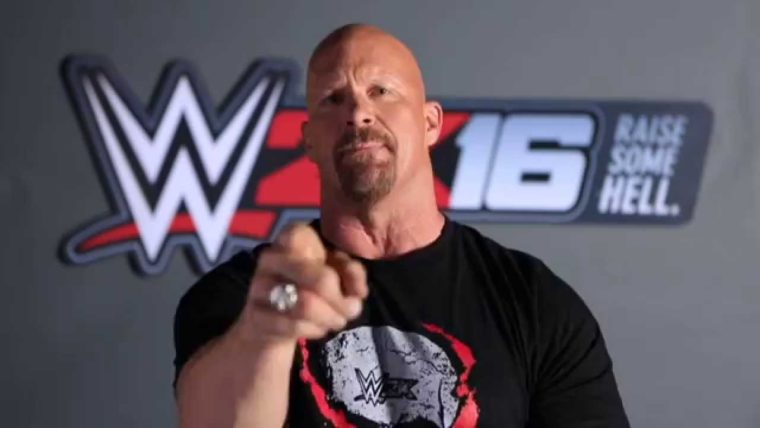 The ESRB has now rated WWE 2K16 and it has given us a few new details on the upcoming professional wrestling video game.

The game has been rated “T” for teen and the content descriptors are: “Blood, Language, Suggestive Themes, Use of Alcohol”. These features should keep Attitude fans happy since blood and bad language have been banned from the real life current product.

The rating summary says: “This is a wrestling simulation game in which players select real-world competitors from the WWE roster, compete in matches, and progress through multiple storylines. Players can perform a variety of wrestling moves (e.g., throws, holds, grapples) as well as punch and kick opponents. Some matches allow players to use chairs, sledgehammers, ladders, and baseball bats to strike opponents. Blood sometimes appears on wrestlers’ faces after being struck repeatedly by fists or objects; video sequences also depict blood on wrestlers’ faces.

Female wrestlers are depicted with exaggerated-size breasts and/or in outfits that expose large amounts of cleavage; some female wrestlers also make provocative gestures/taunting moves (e.g., pelvic thrusts, bending over in front of the audience, shaking buttocks in an opponent’s face).

Video footage sometimes depicts characters drinking beers or spraying opponents with beer from a hose. Some characters taunt each other by “flipping the bird”/holding up their middle fingers; the words “a*s,” “b*tch,” and “bastard” appear in the dialogue ”

The latter part of the summary strongly shows that Stone Cold Steve Austin will be the same as ever in WWE 2K16. The old video footage he appears in will be what it was like during the popular Attitude Era.