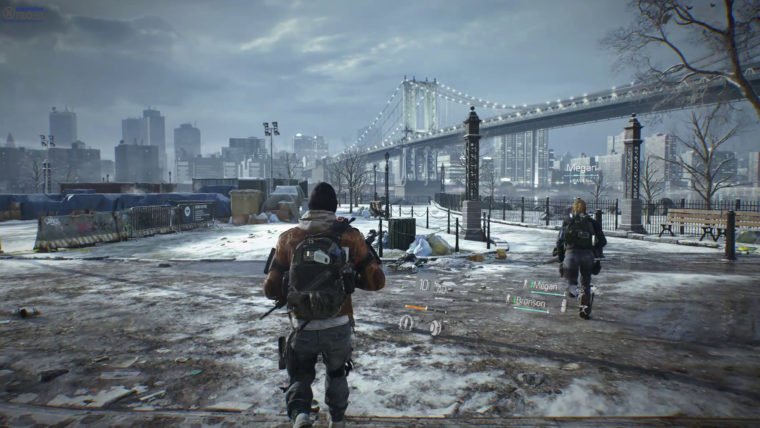 The ESRB has now rated Tom Clancy’s The Division giving us a few more details on the overall content in the full game.

Tom Clancy’s The Division has been rated M for mature players over the age of 17. The content descriptors are: Blood, Intense Violence, Strong Language.

The rating summary says: “This is a third-person shooter in which players assume the role of a sleeper agent of The Division, a secret government agency designed to respond to major disasters. As players explore urban areas after a bio-terrorism attack, they combat street gangs and militias in realistic tactical fire fights; characters mostly use machine guns, shotguns, turrets, and grenades to kill enemies.

Combat is highlighted by realistic gunfire, screams of pain, and large splashes of blood. Several sequences depict corpses, some tied up or hanging from railings, and players must rescue hostages in some levels of the game. Cutscenes occasionally depict bound hostages being stabbed or shot in the head. The words “f**k,” “sh*t,” and “a*shole” appear in the dialogue.”

Tom Clancy’s The Division will be released for the PC, PS4 and Xbox One platforms from March 8th, 2016. The game is finally coming out after getting delayed several times. It goes without saying this game is not suitable for kids to play.