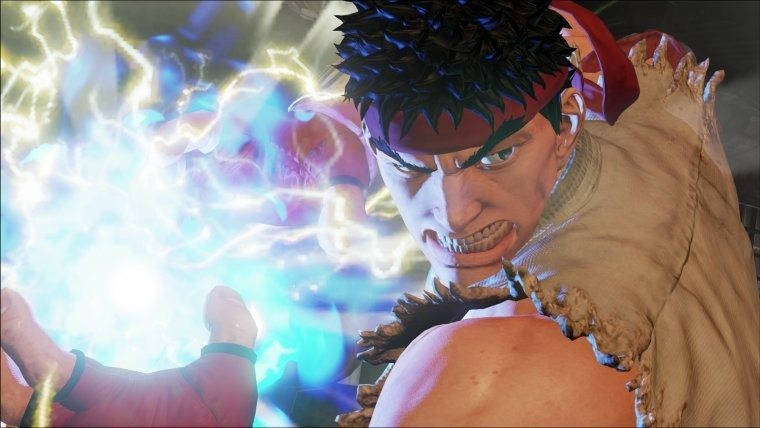 The ESRB has now rated Street Fighter 5 giving us a few more details on what the full game will include.

The game has been rated T for teen. The content descriptors are: Mild Language, Suggestive Themes and Violence. Both the PS4 and PC versions were rated.

The rating summary says: “This is a fighting game in which players engage in one-on-one combat with a large cast of human characters. Players mostly punch, kick, and use special attacks (e.g., fireballs, flying attacks, electrical strikes) to deplete opponents’ life meters. Some characters use weapons such as claws and chains; some special moves are depicted in brief cutscenes with slow-motion, dramatic close-ups and opponent reaction shots.

Combat is highlighted by cries of pain and frequent impact sounds. Several female characters are depicted in low-cut, form-fitting outfits that display large amounts of cleavage and/or buttocks. Female characters’ breasts sometimes jiggle during character selection. The words “a*s” and “bastard” appear in the dialogue.”

The summary description about the female characters in Street Fighter 5 may be an indication for the costumes that Cammy and R. Mika wear. It’s possible there are other costumes to unlock as well that reveal a lot of skin too…