Everquest Next Canceled Because It Wasn’t ‘Fun’, Landmark Continues

The latest news in the world of video games at Attack of the Fanboy
March 11th, 2016 by Scott Grill 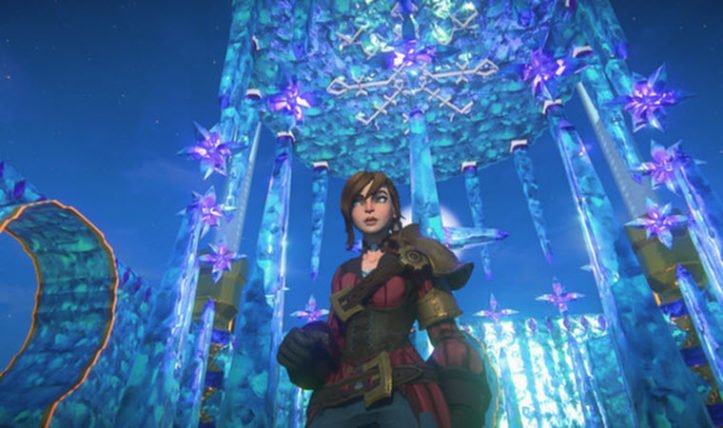 Daybreak Games, formerly Sony Online Entertainment, had some surprising yet still expected news to share Friday concerning Everquest Next. The long in development MMORPG was canceled, leaving the future of Norrath in question.

President Russell Shanks shared the news in a letter posted to the Daybreak Games website. The executive stated that development of EverQuest Next was being discontinued before praising the last two years of the franchise that has seen the release of the original EverQuest MMO followed by EverQuest II. Without getting heavy into the specifics, he did explain the reason behind the cancellation.

“In the case of EverQuest Next, we accomplished incredible feats that astonished industry insiders. Unfortunately, as we put together the pieces, we found that it wasn’t fun,” Shanks revealed. “We know you have high standards when it comes to Norrath and we do too. In final review, we had to face the fact that EverQuest Nextwould not meet the expectations we – and all of you – have for the worlds of Norrath.”

Support for EverQuest and EverQuest II will still continue at Daybreak and Shanks states the developer’s “passion to grow the world… remains undiminished.”

That passion appears to have shifted to Landmark, the sandbox MMO that allows players to design, build, and play.

“As the community has grown and designs have flourished, we no longer view Landmark as just a building tool,” Landmark Executive Producer Holly Longdale wrote in the Daybreak forums. “We’ve been toiling away making Landmark into a wonder unto itself. While the look of our world was inspired by what was intended to be the voxel world of EverQuest Next, Landmark has evolved into its own game with its own unique identity and purpose.”

“The creativity of the Landmark community and the potential for telling stories in this digital world is beyond what we imagined. Our vision for Landmark is to provide a place where you can create ANYTHING, tell your own stories, and share your creativity with other players,” she continued. “We are wrapping up a HUGE game update for Landmark with LOTS of new additions and improvements, some of which you’ve already seen in sneak preview posts from Emily ‘Domino’ Taylor on the forums. We are excited about what’s to come for Landmark and we can’t wait to see what you think.”

EverQuest Next was first announced in 2010 alongside Landmark, which was to be a development tool that allowed for user-generated content in the MMORPG. Development resources were pulled off Landmark at one point to focus on getting the big game out. The tables have turned now after six years of development and much turnover at Daybreak.

Landmark will now launch on PC this spring with a $9.99 price instead of being free-to-play. It is currently a Steam Early Access game.  Those that purchased Founder’s Packs will not need to buy the title again.