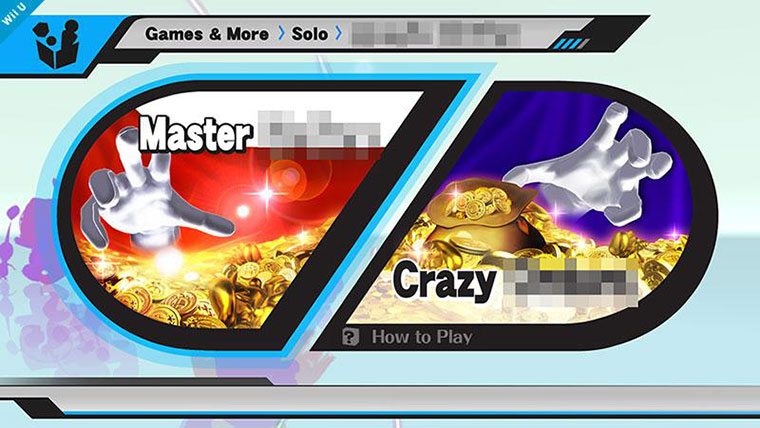 Masahiro Sakurai has just teased a pair of exclusive game modes that will be coming to Super Smash Bros. when it arrives on the Wii U. The director posted the image above, which teases a pair of single-player game modes with the caption “Now, what mode is this..?”

As you can see in the image, key text is blurred out, leaving Smash Bros. fans to their own devices in figuring out what the new modes may entail. You can find Sakurai’s original post on the Miiverse, where Smash Bros. fans have already begun the speculation.

According to one poster, a Japanese Version of the screencap from Sakurai doesn’t have the blurred out text, though the name of the mode is.

“In the Japanese version of this screenshot, the Hand options aren’t censored (but the game mode still is). They’re called “マスターサイド” (Master Side) and “クレイジーサイド” (Crazy Side).”

Super Smash Bros. is slated to arrive on November 21st for the Wii in North America, followed by an early December launch in Europe. Super Smash Bros for Nintendo 3DS recently arrived, and you can find our review of the game here. (Spoiler, it’s good.)