Executions are a Work of Art in The Darkness 2 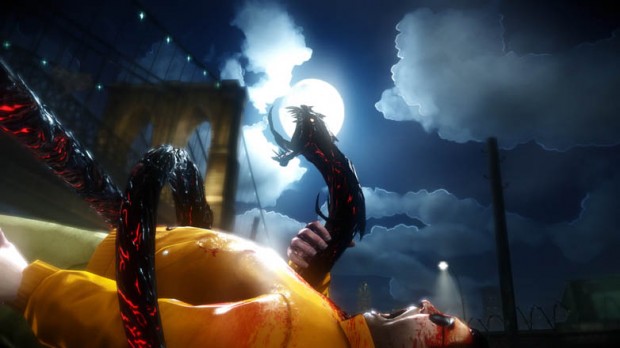 The Darkness is an evil force within Jackie Estacado.  Though it is a creative creature that is quite imaginative when it comes to finishing off Jackie’s enemies.  The latest screenshots and trailer from 2K games for The Darkness II show off some brutally beautiful gameplay in the upcoming shooter.

The Darkness II is the sequel to the critically acclaimed 2007 release of the game that was inspired by the popular comic book series.  The first person shooter will put you back into the shoes of Jackie Estacado, and his supernatural powers known as The Darkness.  Being inspired by the comics, The Darkness 2 has a unique visual style which you can see below.

The Darkness 2
We're Looking For Contributors