Extinction Announced for PS4, Xbox One, and PC 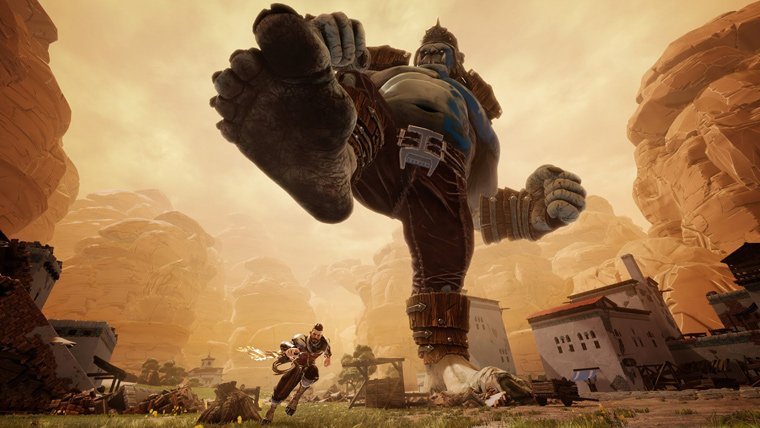 Maximum Games and Iron Galaxy Studios have announced Extinction, a thrilling action game coming 2018 for PS4, Xbox One, and PC. The game is set in an ancient time when humanity is under the attack from 150-foot-tall ogres, putting the survival of mankind at risk.

While the premise of an action game where players need to take down giant enemies is not new, the developers are hoping to refine the formula adding gameplay mechanics such as performing wall runs and, multiple possibilities to take down the enemies, and a fully destructible scenario.

The missions in the story campaign will consist in facing the main enemies and their smaller minions, and to save as many villagers as possible. The main character is called Avil and is one of the few Sentinels who remain active. Those are warriors who have been trained by an ancient order in special techniques to take down the mythical creatures that are attacking the human populations.

The skills of Avil will allow him to find ways to expose the weak points of the giants, adding some extra complexity to the battles. In addition of the main missions, there will be multiple side quests that will allow players to go through the skill trees more easily.

Extinction is expected to be shown at E3, but this could be limited to a screening behind close doors. In anycase, the game is expected to be released on PS4, Xbox One, and PC on early 2018. For more information, visit the official website and watch the announcement trailer below.