The latest news in the world of video games at Attack of the Fanboy
June 6th, 2017 by Asher Madan 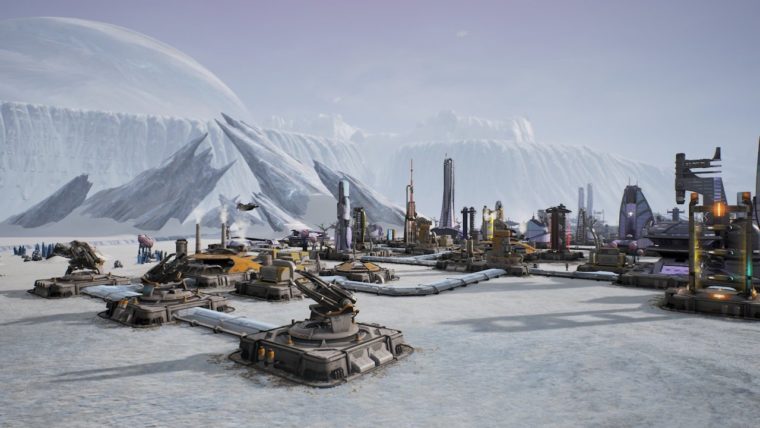 Remember Aven Colony? The city-building simulator which tasks you with surviving on a hostile planet? Well, we have great news for those who were eagerly awaiting its release. Team17 and Mothership Entertainment just announced the title’s launch date. They also shared a rather interesting trailer detailing the pre-order. Aven Colony is definitely one of the standout smaller games to be revealed in recent months.

Launching on July 25 for Xbox One, PlayStation 4 and PC, Aven Colony is available to pre-order now for just $30 or equivalent depending on your region. Don’t like digital-only goods? Well, the game’s also getting a physical release on Xbox One and PlayStation 4. PC players are out of luck on this one. Those who pre-order will receive an additional sandbox map, Cerulean Vale, which allows gamers to explore its treacherous badlands and discover the remnants of an ancient seabed in this extraordinary biome.

Being a gripping and rich simulation of an alien colony, Aven Colony allows you to build, customize, and maintain your settlement within Aven Prime, a hostile extraterrestrial world full of deserts, tundras, and wetlands light years from our planet. Unlike many city-building simulators, Aven Colony also has a single-player campaign. Dive in to an extensive list of objectives where you’ll need to brave Aven Prime’s harsh environments with freezing winters, lightning storms, ice storms, and toxic gas clouds. Prepare for attacks from the local lifeforms, including giant acid-spewing “sandworms” and deadly “plague spores” which infect your colonists with gruesome diseases. You must protect your colony from everything the planet has to throw at them, and shape the future of the survival of the human race. No pressure, right?