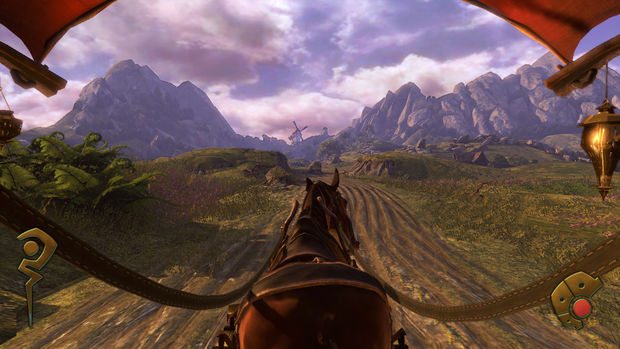 Peter Molyneux and his development team at Lionhead Studios, the minds behind the Fable franchise, have confirmed that a “super secret second project” is in development alongside Kinect title, Fable: The Journey. Though no details whatsoever have been revealed yet, the project could utilize the “huge amounts” of tech left over from the “Project Milo” demo first unveiled at E3 2009.

Molyneux did however go into some detail in regards to Fable: The Journey and disputed criticisms that the game operates “on-rails.”  He also reaffirmed Kinect gamers that they won’t be required to play the game standing and jumping for an elongated period: “The most amazing thing about the game  is that you can play it sitting down. If I’m going to tell the most emotional story in the Fable saga, you’ll have to be relaxed.”

According to Molyneux, players eager to dedicate hours to Fable: The Journey should also be prepared for a powerful emotional experience with the game’s virtual horse that will guide your carriage and help you throughout your travels.

This horse is one of the most amazing things we’ve ever created. He’s going to have so much feeling for you. Think about combining the creature from Black and White, the dog from Fable and my hamster from when I was a child.

“I definitely want to make you cry,” He added. “I want there to be a lump in your throat. I want you to remember this for the rest of your life. Why would I want to make a game that didn’t do that?”

Judging from Molyneux’s words here, I have a very bad feeling for the little horsey. It seems as if he’s foreshadowing the poor creature’s untimely death, whether killed in action or going the way of Old Yeller. Either way, plenty of real-world tears are likely to be shed on a virtual animal, and it certainly wouldn’t be the first time.