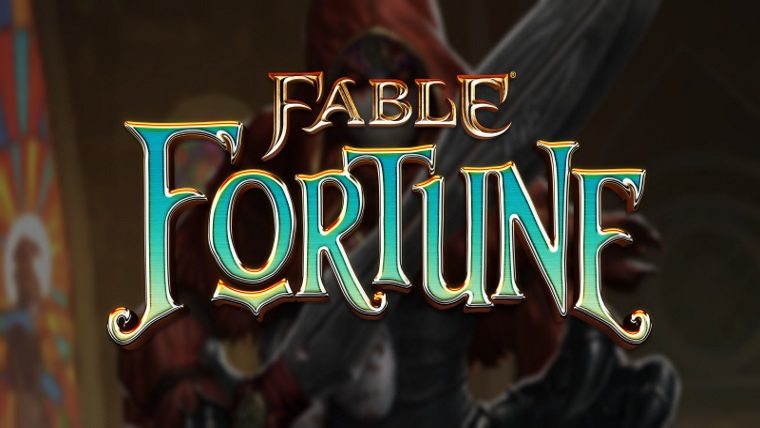 The cancellation of Fable Legends and closure of Lionhead Studios seemed to be the end for the long running RPG series. However, a group of ex-Lionhead developers, including Creative Director Mike West, Executive Producer Craig Oman, and Technical Director Marcus Lynn, have formed a new group called Flaming Fowl Studios. The developer has taken what was a secret project within Lionhead and expanded it into a full game, called Fable Fortune, which is now looking for funds on Kickstarter.

Fable Fortune is a collectible card game set in the world of Albion. Based around the hugely popular Fable Pub Games, the game has been under development for about eighteen months. Right before the team was about to announce the game, Microsoft shut down Lionhead and threw the whole thing into question. Now, with a new developer, the game is being pushed forward, and all with the stamp of approval from Microsoft themselves.

“We approached Microsoft – hoping for the best, prepared for a corporate hand to the face,” reads the Kickstarter. “To our delight they were very open to the idea and agreed to grant us the licence for Fable Fortune. To be clear, we haven’t been granted a license to the entire Fable franchise, Microsoft have retained these rights, but we have the creative freedom to continue developing Fortune as an independent studio. We care deeply about Fable and it means the world to us that Microsoft have trusted us to continue using the IP.”

Fable Fortune is already well underway, so the team is looking to get a beta out very soon. The game features some interesting new twists on the CCG genre, including a co-op mode, and bosses. Check out the Kickstarter video to learn more.

The Fable Fortune Kickstarter project is looking for $365,385 in funding, and has quickly crossed the $5,000 mark as of this writing. The game is looking to release in early 2017 for PC, with Xbox One and mobile platforms set for stretch goals and later development, but that is all dependent on how well this Kickstarter campaign does. The team is working directly with the community on ideas for how to improve Fable Fortune, so if you’re a fan of the Fable series, be sure to check this out.