The latest news in the world of video games at Attack of the Fanboy
February 19th, 2018 by Jose Belmonte 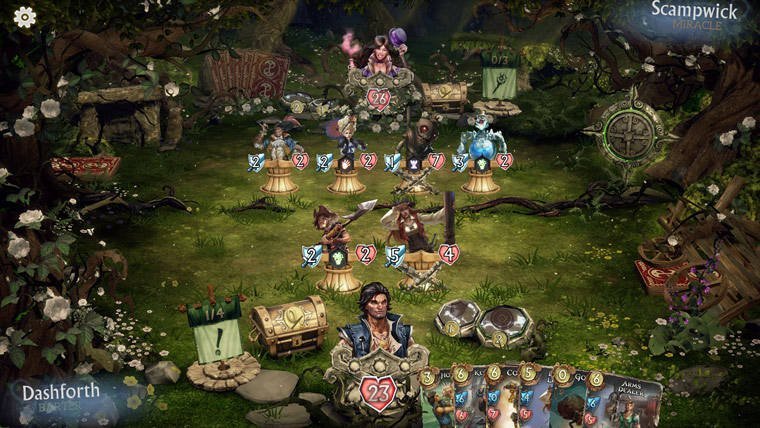 Flaming Fowl Studios and Mediatonic have announced today that their card game based on the Fable franchise will leave Steam Early Access and Xbox Game Preview to be released as a free-to-play title on Xbox One, Steam, and Windows 10. Now Fable Fortune becomes the most recent game of the franchise while fans wait for that rumored open-world Fable that would be the next mainline entry in the series.

Fable Fortune is a card game in which players choose between Good and Evil to transform the nature of their cards. While competitive multiplayer is of course one of the most appealing aspects of the game, players also have a story mode which contains information about the characters, locations, and other elements from this world.

Additionally, the developers have announced a series of bonus rewards for all Early Access users, consisting on a series of Fancy Cards as part of their Road to Release log-in event. The rewards will be released according to the following schedule:

Check out the game now on Steam Early Access and Xbox Game Preview.