Fallout 4 Has Drug Use, Gore And Lots Of Bad Language 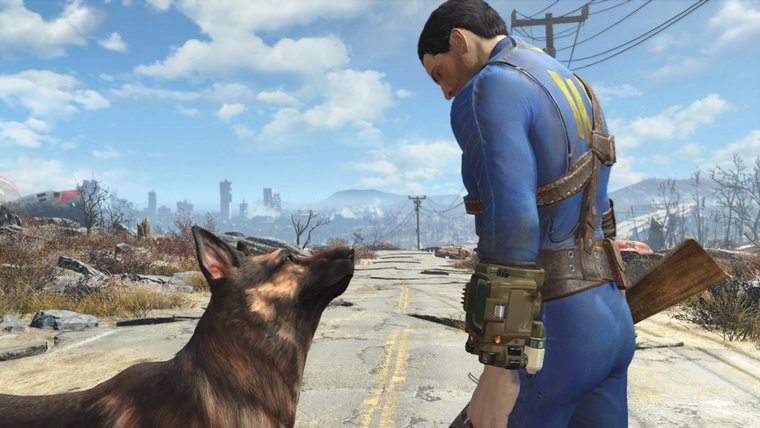 Fallout 4 is rated “M” and recommended for players aged 17 and over. The content descriptors are: “Blood and Gore, Intense Violence, Strong Language, Use of Drugs.”

The rating summary is: “This is an action role-playing game in which players assume the role of a fallout shelter resident emerging from a post-apocalyptic world. As players traverse the open-world environment, they complete various mission objectives and use machine guns, machetes, lasers, and explosives to kill mutants and other human survivors.

Battles are frenetic with realistic gunfire, explosions, and large blood-splatter effects; some attacks result in slow-motion dismemberment and decapitations. A handful of scenes depict chunks of flesh as well as severed heads and dismembered corpses.

During the course of the game, players can consume a variety of fictional drugs (e.g., Buffout, Jet, Psycho) through the use of a menu; repeated use of these drugs leads to an addiction status and various negative effects for characters. The words “f**k,” “sh*t,” and “a*shole” are heard in the dialogue.”

It’s safe to say that Fallout 4 will be a game that only adults should play. All the fun comes to you on PC, PS4 and Xbox One from November 10th, 2015.

Home / Game News / Fallout 4 Has Drug Use, Gore And Lots Of Bad Language