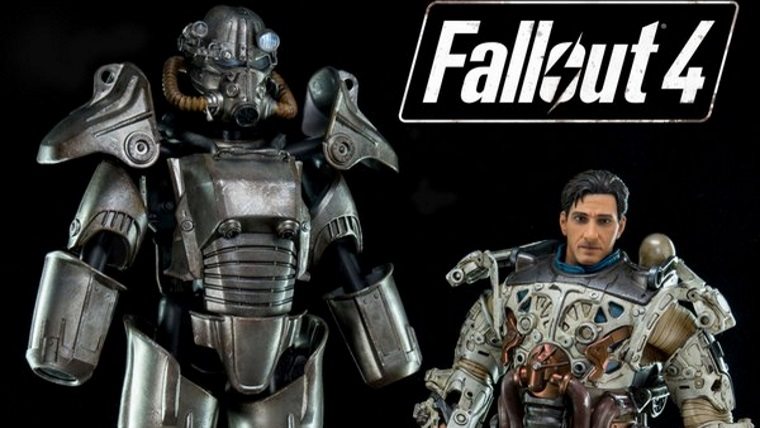 Bethesda and Threezero Store have teamed up to create the ultimate Fallout 4 Power Armor collectible figure. The detail on this thing is truly amazing, but that quality comes at a price, with the base figure costing around $400. If you have the cash though, it is available for pre-order now, along with an exclusive version that comes with a mini-gun.

Based on the T-45 Power Armor from Fallout 4, this statue is a 1/6th scale model of the iconic armor from the game. The coolest thing about this figure is how it handles the armor itself, with each piece being detachable, just like it is in the game.

“Collectible figure stands 14.5” (36.8 cm) tall and features over 35 points of articulation (including articulated fingers). Figure comes with highly detailed and exchangeable male head, helmet (which features a light-up LED function) and AER-9 Laser Rifle. All outer-armor pieces are detachable and interchangeable with upcoming FO4 Power Armor figures. Under the detachable outer-armor, you will find endoskeleton with amazing attention to every detail.”

Pre-orders are open now for both versions of the figure, with the $400 price tag including shipping worldwide. The actual release will come much later though, with estimates putting it around the third quarter of this year.