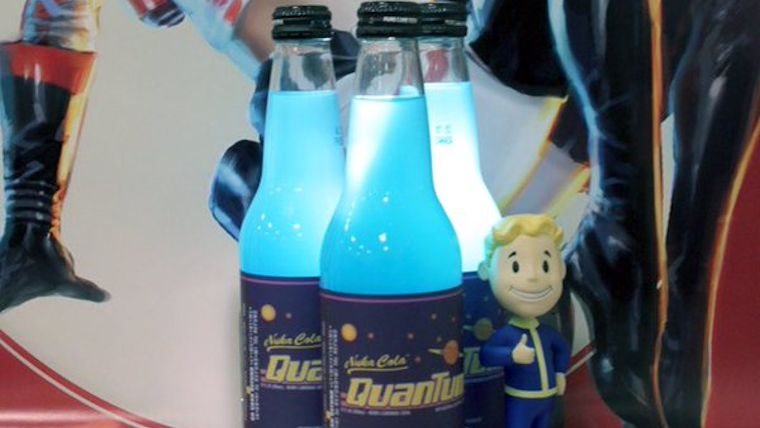 Fallout 4 has been out for over a month and has become the addiction of many gamers. For any big Fallout series fans, buying a bottle of Nuka Cola would certainly have to be enticing and now you will have another chance.

Coming along the release of Fallout 4 last month, Target exclusively was selling Nuka Cola Quantum bottles. However, these sold out so fast that it was near impossible to get them unless you went day 1 near opening.

The great news is that those that missed out will get another shot very soon. The official Fallout Twitter page first announced the news that it would be returning to Target stores, which was further confirmed by the news sales flyer.

Starting on Friday, Nuka Cola Quantum will be available at local Target stores once again for $2.99 at bottle. If you are purchasing the season pass for Fallout 4 at Target though, you will get a free bottle.

The ad once again states that this will be an item with limited quantities, but luckily they are limiting them to two per customer. This means we won’t see scalpers buying them all up to put on eBay or something.

There’s no telling if this will be street dated in some way, you it might not hurt to check your stores midweek to see if you can find any before they sell out. Otherwise, check back Friday and your store should have it.