Can't have a live-service game without a battle pass of sorts these days. 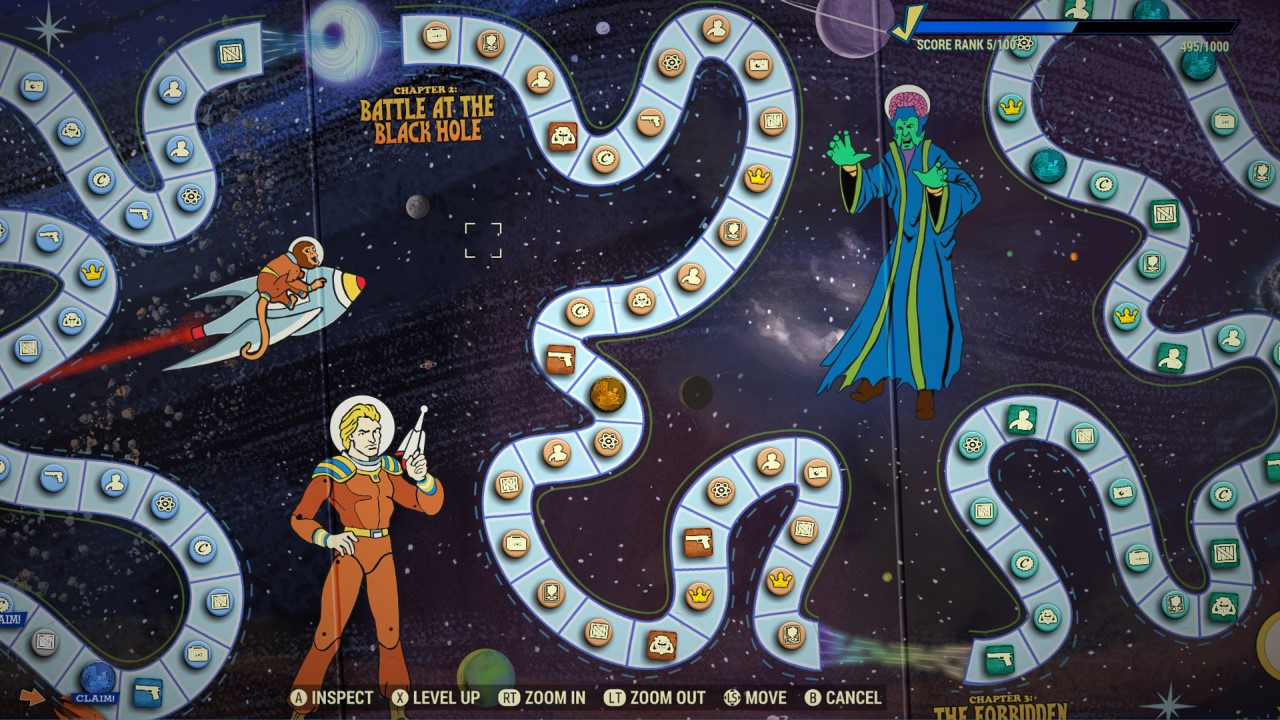 Now that Fallout 76: Wastelanders has had a few weeks to cool off, Bethesda has released a roadmap detailing what to expect for the rest of 2020. In an article over on their website posted earlier today, Bethesda posted not only their roadmap, but shared how the new Seasons will work. You read that correctly: Fallout 76 will add a themed Season/Battle Pass (these things are everywhere nowadays).

The roadmap for Fallout 76 is broken down into three segments: Summer, Fall, and Winter. For those wondering when Legendary Perks and One Wasteland would drop they now have an answer: Summer and Fall respectively. Details are slim (considering the article is dedicated to Seasons coming this summer), but we now at least know they are coming. Also included are Perk Loadouts (Winter), more story DLC featuring the Brotherhood of Steel (Fall and Winter), Daily Ops, repeatable Expeditions (Winter), and even instanced C.A.M.P.s (Winter).

The rest of the article laid out what to expect from Seasons, though you likely understand the basic concept at this point. There will be four seasons a year, each lasting roughly ten weeks. There will be 100 ranks to climb, each with a unique reward (such as Atoms, cosmetics, C.A.M.P. items, skins, etc.) After the first two weeks players can pay to advance their ranks for 150 Atoms a level, meaning players can pay up to a staggering $150 to $120 to level up the board with cash alone (based on the cheapest $5 bundle and the top-end $40 bundle). 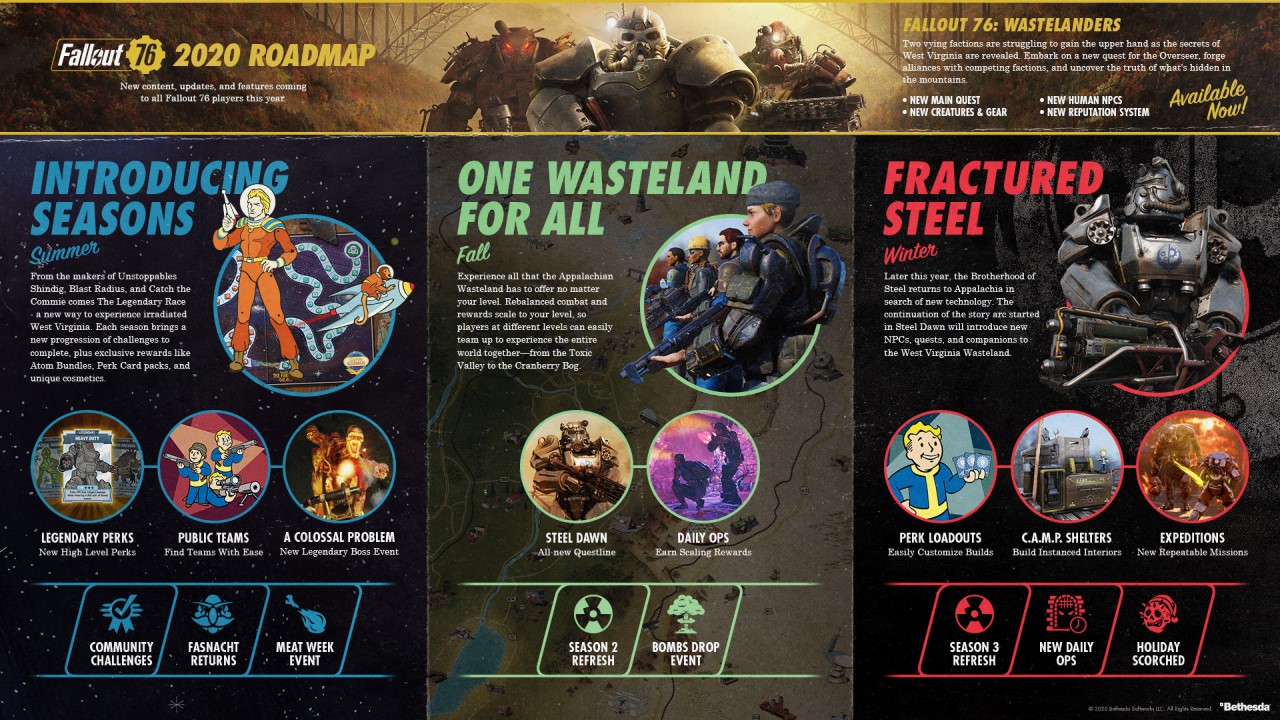 Of course, players don’t have to pay to advance – the whole Challenge system in Fallout 76 is being reworked into the S.C.O.R.E. system. Daily, Weekly, and Lifetime challenges will remain, but the objectives for Daily and Weekly challenges will be made simpler than they are now (such as “kill one legendary enemy). Completing challenges and events will increase your S.C.O.R.E. and move you up on the game board (the season is styled after a retro-looking board game, which I will admit is a novel way of presenting their season pass).

Bethesda states in the F.A.Q. at the end of the article that earlier ranks should take an hour to earn and higher ranks roughly two, so reaching the top rank of 100 will take a few hundred hours. No previous Atom shop rewards will be included as rewards (outside the “convenience items”), and once a season ends the rewards leave with it – cause, you know, F.O.M.O. (though, some may return at a later date, most likely within the Atom Shop). The first season will be free, but Bethesda hints in the article that future Seasons will likely cost money.

I…well, dunno how I feel about this. I still feel the game is far too janky and broken for the level of aggressive monetization Bethesda has implemented in Fallout 76. There are a few things in the Roadmap that appear aimed at addressing a few of my larger complaints with the game (enemy scaling, for one), but the core loop of the game remains iffy at best, and every update thus far has found new and exciting ways to implode on themselves. We shall see how well this pans out, and if Bethesda can keep to their roadmap. Until then, I’ll try and remain cautiously optimistic: Wastelanders was a solid expansion in isolation, so I know the team has some magic up their sleeves. Just, will it be enough to carry them through the long haul?