The latest news in the world of video games at Attack of the Fanboy
August 8th, 2017 by Dylan Siegler 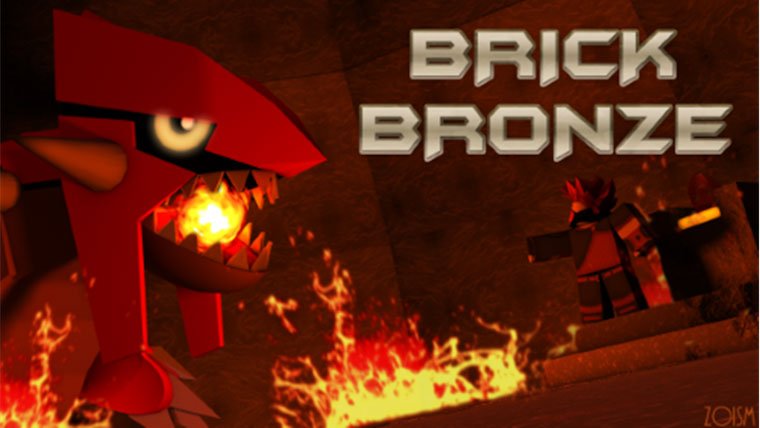 Roblox is a game that has often been compared to Minecraft, in that the game requires players to make things as the main mechanic, though Roblox utilizes a more Lego-looking aesthetic as opposed to the blocky aesthetic of Minecraft. Through Roblox, many players have created their own games within the game. Some of these have been completely original games, such as Jailbreak and Work at a Pizza Place, while many others are essentially fan-games of other franchises. There are many fan-games created in Roblox that use characters and assets from Undertale or Mario, for example.

One of the most comprehensive of these Roblox fan-games is a game called Pokémon Brick Bronze. This fan-game is basically a realization of something that Pokémon fans have been asking for for a long time: a Pokémon MMORPG. According to Kotaku, Brick Bronze uses mechanics found in traditional Pokémon games, such as catching Pokémon and challenging Gym Leaders, as well as MMO mechanics, like heavy character customization and the ability to interact with friends who are also playing the game.

Brick Bronze does take some liberties with the Pokémon formula in order to make it more original. For example, when choosing your first Pokémon, you will choose from one of eighteen starters, rather than the usual three. Your choices are the starters of every generation from the first six generations. Also, part of the story includes the fact that your in-game parents are archaeologists who have come across a dark secret and are now being hunted by villains.

Of course, at the end of the day, no matter how much original content the game includes, there are still several assets, such as the Pokémon name, logo and characters, that are owned by Nintendo. Nintendo has been notorious for taking down fan-games, such as the fan-game Pokémon Uranium and the ROM hack Pokémon Prism, both of which received cease-and-desists last year. Nintendo has yet to take down Brick Bronze, however, which is interesting. The reason could be because the game falls into tricky territory since it is technically part of Roblox, which Nintendo does not own or have any affiliation with. Stephen McArthur, a copyright lawyer, has stated that due to the Digital Millenium Copyright Act, Brick Bronze should be safe until the day Nintendo sends Roblox a DMCA takedown notice. Kotaku inquired to both The Pokémon Company and Nintendo about this. The Pokémon Company declined to comment and Nintendo did not respond.