The latest news in the world of video games at Attack of the Fanboy
July 9th, 2017 by Dylan Siegler 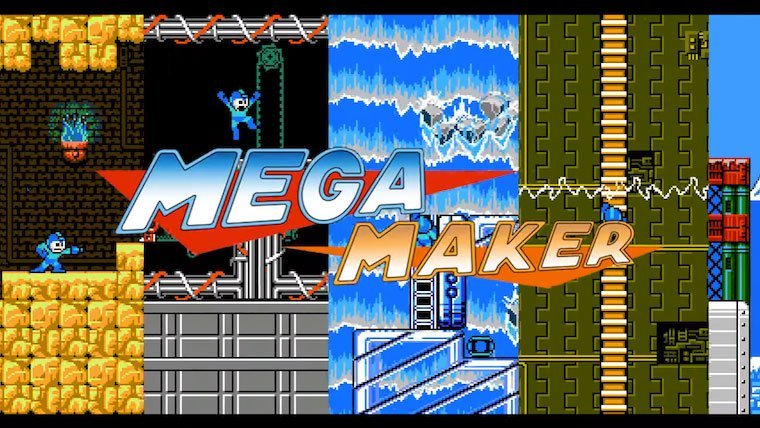 It was recently announced via a trailer on YouTube that a group of fans have come together to create a fan-made Mega Man game called Mega Maker, which will allow players to create their own Mega Man levels, similar to what Super Mario Maker did for the Mario franchise.

Mega Maker takes assets from the first six Mega Man games, including backgrounds, tiles, enemies, bosses and music. The game will also include two new weapons, original to the game. One appears to be a hexagonal shield that reflects enemies’ attacks back at them and the other is a tornado power that behaves similarly to the tornado ability in Kirby games. The game will also be online-accessible so players can share and play each other’s levels the way you can in Super Mario Maker.

The group working on the game, WreckingPrograms, accepts donations via Patreon, all of which will go towards maintaining the game’s server so players can continue to share their levels. The game’s makers will not pocket any of the donations and the game itself will be free, lest a copyright infringement lawsuit ensue. Since the game uses many assets owned by Capcom, WreckingPrograms may receive a cease-and-desist letter anyway, even though they’re not making money off of the game. Nintendo has been known to shut down fan-made games, such as Zelda: Breath of the NES and Pokémon: Uranium Version, so we’ll just have to see how Capcom handles this situation. Assuming Capcom doesn’t shut it down, Mega Maker is set to be released this coming Saturday, July 15.