The latest news in the world of video games at Attack of the Fanboy
November 1st, 2014 by Danny Vittore 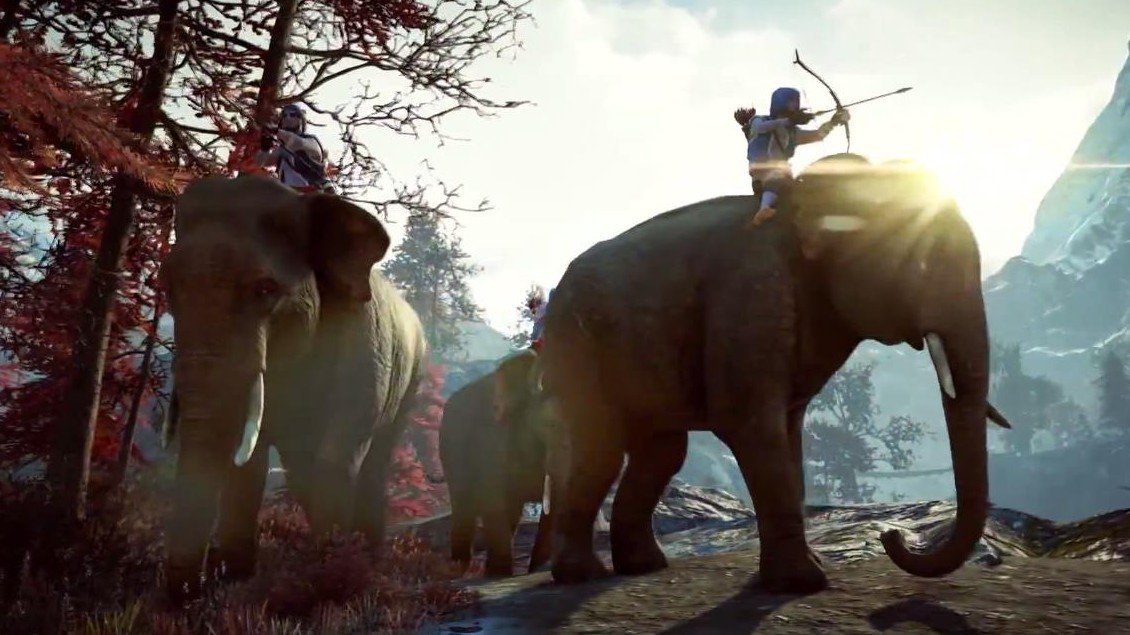 Far Cry 4 has apparently finished its development. Subsequently, we will be looking at an aspect of the game that hasn’t been quite as well covered as the others: Multiplayer.

The Far Cry series isn’t one well known for its multiplayer capabilities, but you would be hard pressed to find a big budget, triple-AAA game, nowadays, to release without some semblance of multiplayer functionality. Far Cry 4 is no different and appears to be trying to build on the multiplayer you saw in Far Cry 3.

In Far Cry 4, you will be playing one of two factions: The Rakshasa or the Golden Path. The Golden Path are your default soldiers with guns and explosives kind of deal. So far, Far Cry 4 multiplayer sounds pretty run of the mill. Where it gets interesting is with the Rakshasa. In addition to having a name that is extremely difficult to spell, they focus on fighting with bows, knives, animals and MAGIC.

That’s right, magic. As a Rakshasa, you may be held back by your lack of heavy weaponry, but you make up for that inadequacy with your skills in the dark arts. You will appear to be able to, among other things, summon animals, like tigers, from thin air and teleport short distances.

As either the Rakshasa or the Golden Path, you will be playing one of three game modes:

It will be interesting to see how well Far Cry 4’s multiplayer will hold up and if people will still be playing it months after is release (something that didn’t really happen for Far Cry 3).

Are you looking forward to battling it out with guns and magic in Far Cry 4 multiplayer? Let us know in the comments below!