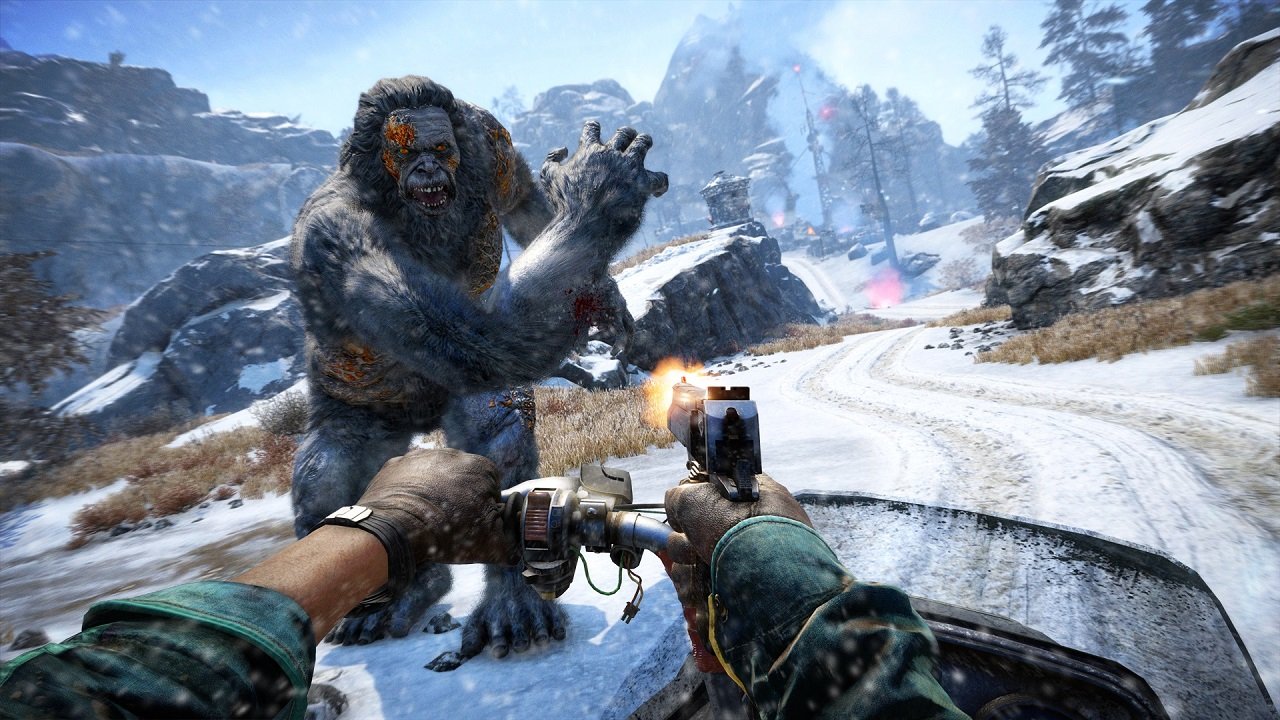 Far Cry 4 has had it’s fair share of content thus far in the way of the Escape From Durgresh Prison and the Hurk Deluxe Pack but the main course for many fans has been the wait for Valley Of The Yetis. Thankfully, fans will not have to wait much longer as Valley Of The Yetis is set to release on March 10th across all platforms.

Fans will be able to control Ajay once again from when his helicopter crashes on a ridge in the Himalayas. Left stranded, he must survive the harsh climate and a mysterious cult that looks to get rid of the intruder. Soon Ajay discovers that they are not the only ones he should fear as Yetis lurk in the shadows.

The Valley Of The Yetis DLC for Far Cry 4 can be taken on solo or with a friend via co-op as they unravel the mysteries behind the Yetis. You can pick up the Far Cry 4 Season Pass  and save a bit which includes all other DLC or purchase it separately. Check out the trailer below for a look at the upcoming content.

Valley Of The Yetis will be available on March 10th in North America for PlayStation 4, Xbox One, PlayStation 3, Xbox 360 and PC.

It will also release for Xbox One, PC and Xbox 360 in Europe on March 10th and for PlayStation 4 and PlayStation 3 on March 11th.