Love is in the air over by Hydaelyn. 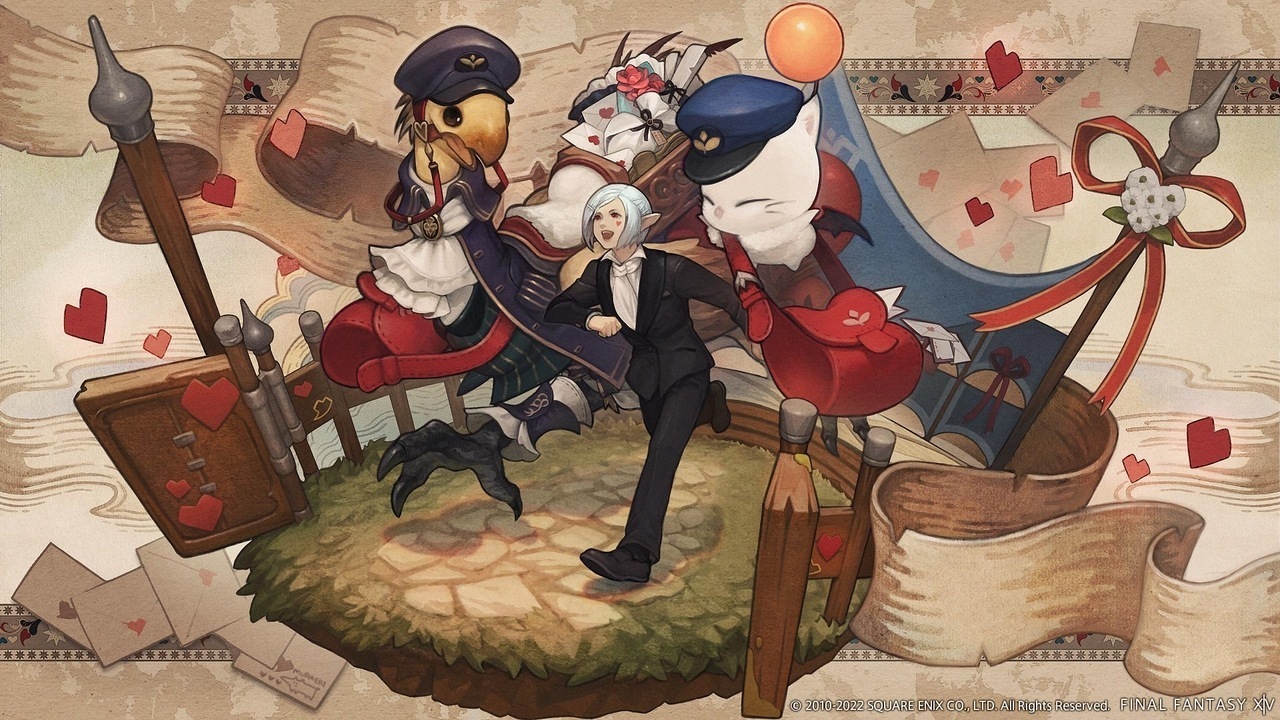 In the Realm of FFXIV a festive occasion that is akin to Valentine’s Day is brewing and soon to arrive to players and sentinent races across the game world alike. Valentine’s Day, or as it is known in Hydaelyn terminology, Valentione’s Day is presumably a season that came to prominence from the support of its namesake, House Valentione. Though aside from such differing origins, the principle of the event remains the same. A ceremonious period of time dedicated to the spreading of love and affection to those that hoped for the same in return.

This version of Valentine’s Day in FFXIV has seen its tenure as early as the days before Naoki Yoshida. With the earliest iterations giving out confectionaries such as powdered sugar or chocolate for the player’s trouble. With this in mind, this tradition has seen expansion over the years, and has never failed to make an appearance came early February of every year during the original and current iteration of Final Fantasy XIV’s operation.

This year comes as no execption with Valentione’s day 2022 scheduled to run from the 8th of February, starting at 12:00 am and concluding on the 21st of February, around 6:59 am. The above time period is observed in accordance with PST. The conditions for starting the quest is rather lax, for as long as the player’s reached level 15, they will be able to start the associative quest, “No Love Lost” by speaking with Lisette de Valentione, a NPC that can be found at Old Gridania over the duration of this event. This starts the player on a quest chain that is succeded by “Love’s Labors” that concludes with “Better Letters”. 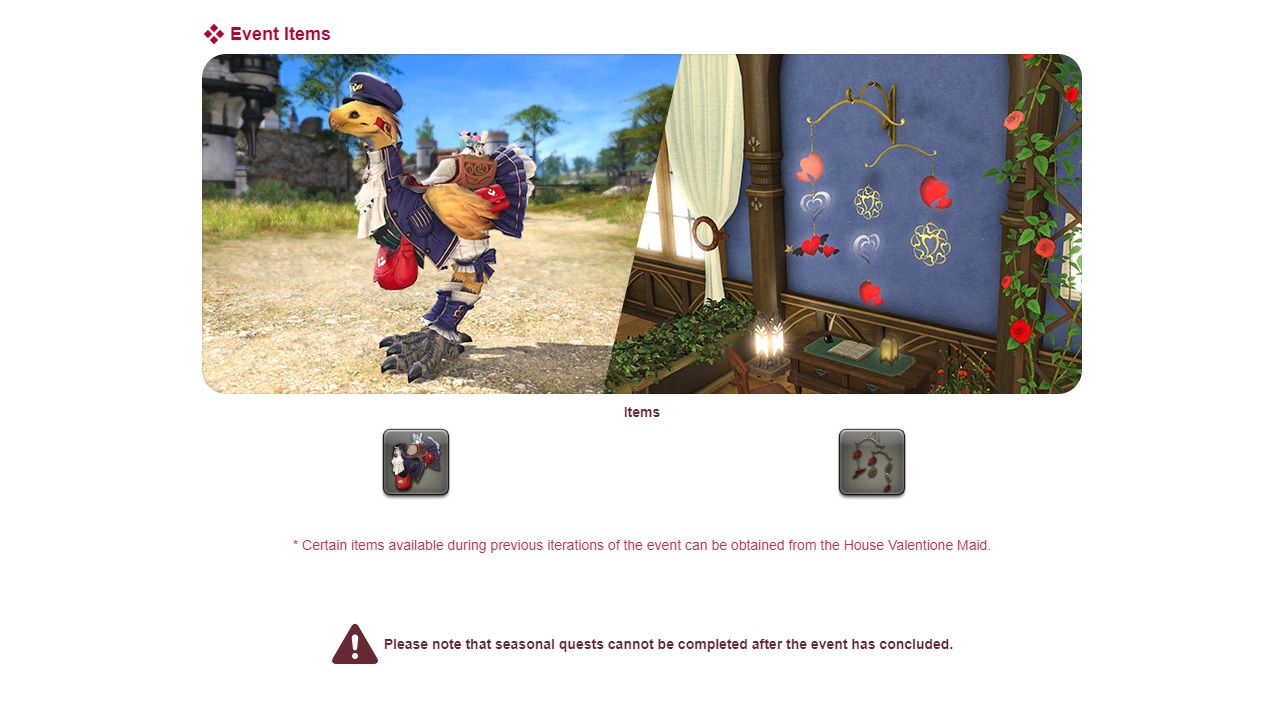 Following the player’s success at propagating the idea of adoration and intimacy, they will be rewarded with cosmetics for their Chocobo and furnishing for their household walls. The Chocobo barding is one that honours the dilligent practice of Postmoogle, a mail service that delivers news and parcels far and wide. Whilst the furnishing is a hanger with dangling trickets, each bearing the sign of a lover’s heart, freeflowing and ever in motion.

With the resumption of digital sales following the server congestion that led to the decision, it is fair to assume that new and old players alike would find no particular difficulties in partaking in the Valentine event for the year of 2022. This perhaps might also just serve as the occasion that propels certain in-game relations to the extent of The Ceremony of Eternal Bonding, and that’s an opportunity that men and women of Hydaelyn shouldn’t let slip through their fingertips.