The latest news in the world of video games at Attack of the Fanboy
October 2nd, 2017 by Jose Belmonte 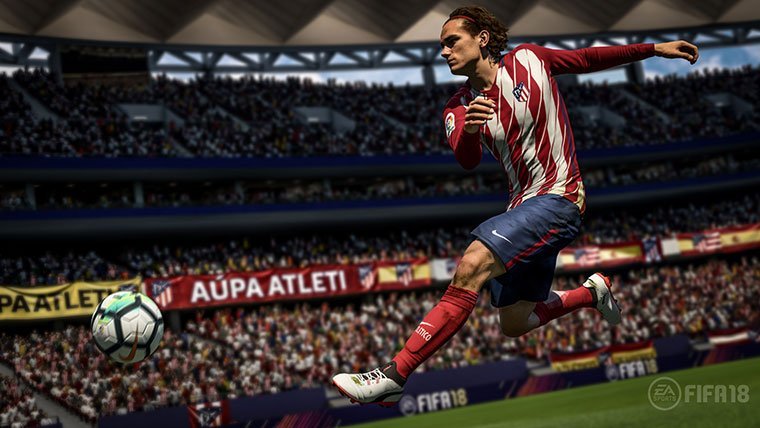 Electronic Art’s FIFA 18 unsurprisingly topped the United Kingdom charts in its debut week, with sales down a slight 25% to last year’s entry, which is a small enough difference to be linked to releasing on Friday instead of Tuesday, and to the expansion of the digital market. The PS4 version of the game took 60% of the sales, a great increase from the 53% market share of FIFA 17 at launch. PS4 bundles featuring the game at stores most definitely played a major role in this.

The Xbox One version accounted for one third of the sales, and in fact both consoles attracted 97% of the copies sold, leaving the Nintendo Switch, Xbox 360, and PlayStation 3 versions with only 3% of the total sales. This is specially a poor result for the Nintendo Switch version, which received a solid marketing push by EA, with numerous comparisons that indicated that the Nintendo console was receiving a solid port. Read our review of the game here.

Beyond the top position, Destiny 2 dropped to number 2 for the first time since its debut, and Forza Horizon 3 enjoyed a stunning re-entry on number 3 thanks to the numerous bundles with FIFA 18. The other new entry of the week is Danganronpa V3 at number 36.