FIFA 22 To Feature Minigames Such as Foot Tennis and More

A welcome addition to the series? 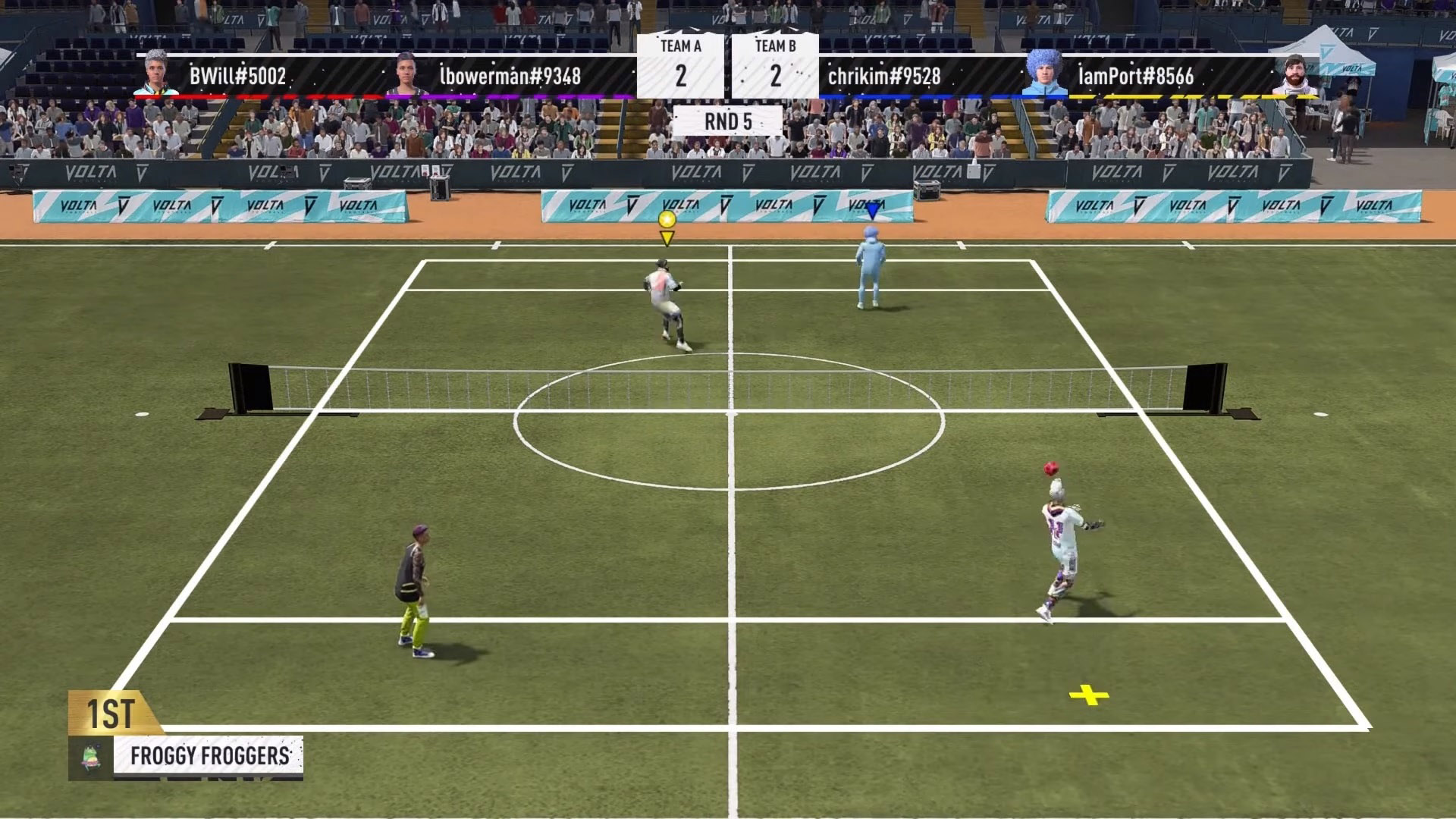 EA revealed a new FIFA 22 Deep Dive, this time featuring the game’s VOLTA FOOTBALL mode, which, this time, features many new additions to its system as well as new mechanics, such as the new VOLTA ARCADE, which will be a weekend-only feature, where players will be able to play new ”party games”.

In the deep drive, Richard Walz, the Senior Game Designer behind FIFA 22, revealed that up to 3 players will be able to play the mode, it was highly hinted/confirmed in the post that it will be an online-only mode, where they will be able to take part in a tournament consisting of 4 different minigames, where those that get the most points across all will win.

Walz also revealed that, on launch day, FIFA 22 will feature 8 different minigames, Dodgeball, Foot Tennis, Disco Lava, Quick Strike, Wall Ball Elimination, Team Keep away, Target Gallery, and Corner Scramble. You can check out the official description of all mini-games, as they are featured in the Deep Dive, as well as a short gameplay of all of them below, courtesy of EA SPORTS FIFA esports on YouTube.

”Pair up in teams of two and dodge, duck, dip, dive, and dodge your way to victory! Earn points for drilling your friends and foes with footballs. The first team to score 15 points wins.”

”Volley, lob, and smash the ball back and forth with style in this 2v2 game mode. Test your accuracy and trick your opponents with fancy lobs, or set your teammate up for a surprise header. Just don’t let the ball hit the ground twice or you’ll lose the point. The first team to score 10 points wins this Party Game.”

”Score as quickly as you can on the highlighted goals. Every player starts in the middle of a ring of goals. After a few moments, one to four goals will light up. Score in one of these goals as quickly as you can to earn as many points as possible. The player with the most points at the end of eight rounds wins.”

”Remember playing wall ball on the school playground? Welcome to Wall Ball Elimination! On your turn,indicated by a circular turn-timer appearing under your feet, kick the ball off of the wall as quickly as you can to stave off elimination. If your underfoot turn-timer expires, you’re out! Points are scored based on the order of elimination. The player with the most points after three rounds wins.”

”Keep possession, beat your opponents with Skill Moves, and collect trophies to gain points for your team and take over the pitch in a game of 2v2 keepaway. Take over the entire pitch or the majority of the pitch when time expires to win each round. The best of three rounds wins.”

”Hit as many moving targets as you can to earn points. There are three types of targets with three different values: rings (fewest points), large player cutouts, and golden single-player cutouts (most points). Score as many points as you can before time expires to win.”

”Hit as many moving targets as you can to earn points. There are three types of targets with three different values: rings (fewest points), large player cutouts, and golden single-player cutouts (most points). Score as many points as you can before time expires to win.”

Besides the mini-games, the new VOLTA FOOTBALL is introducing a new layer to its mechanics, such as their implementation of a season system, which will update every 6 weeks and offer various rewarded, weekly and daily for players, as well as much more.

FIFA 22 will be released on October 1, 2021, for the PlayStation 4, PlayStation 5, Xbox One, Xbox Series S/X, Google Stadia, and PCs, on Steam and Origin, featuring all the new features above, as well as the debut of the current-gen exclusive Hypermotion Technology.