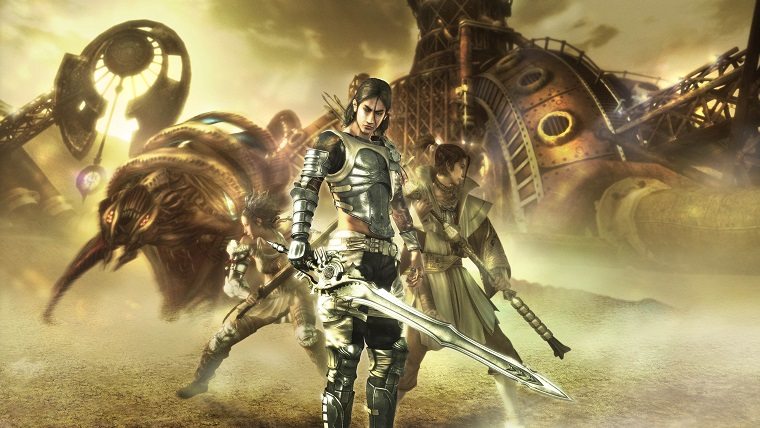 We had previously heard that Mistwalker, the studio that gave us Lost Odyssey and The Last Story, is working on a new game that could very well end up being a console RPG. The man who spearheads everything at Mistwalker, Final Fantasy creator Hironobu Sakaguchi, was recently revealed to be looking for new people to join his staff for a new project.

Well, it looks like something is in fact underway that certainly looks like an RPG, as Twitter user VoltySquirrel has revealed two new pieces of concept art from Mistwalker’s new game. The pieces of artwork show characters and scenery that have a very old-school Final Fantasy-esque style to them. Check them both out by clicking right here.

While not much information was revealed regarding the game itself, the tweets do reveal the game may be revealed in about a year and that it will probably be a console release. The plan for the art style is for it to have a sketchy aesthetic, while still being in 3D.

That’s all the information we have for now, unfortunately. Be sure to stay tuned for when more information is revealed regarding Mistwalker’s upcoming game.