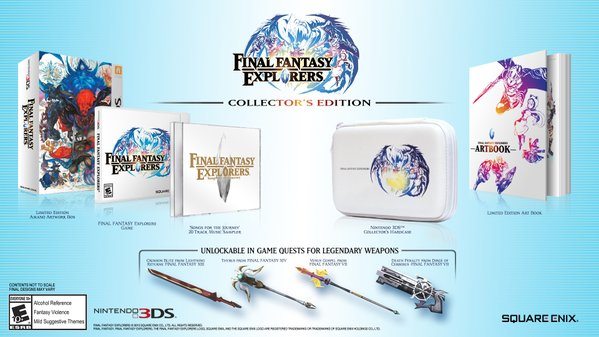 As announced during the latest Nintendo Direct, there will be a collector’s edition for Final Fantasy Explorers on the Nintendo 3DS console.

The game offers you the chance to play as numerous classic Final Fantasy characters too and it has four player co-op both locally and online.