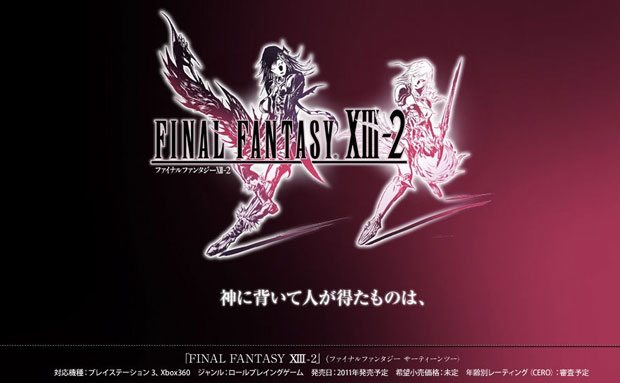 Details from the Square Enix 1st Production Dept. conference were live blogged by Anoop Gantayat of Andria Sang where he revealed that Final Fantasy XIII-2 would be coming out in 2011.  The game is also being simultaneously developed for Xbox 360 and PS3.

The trailer which was shown at the Conference in Tokyo will be released on the 20th at the Final Fantasy XIII-2 web portal, and even more media will be available on week later on the 27th. Stay Tuned.  Until then there are a couple crappy pictures of lightning and the logo with two being the same because we are lazy like that.