The latest news in the world of video games at Attack of the Fanboy
July 26th, 2017 by Jose Belmonte 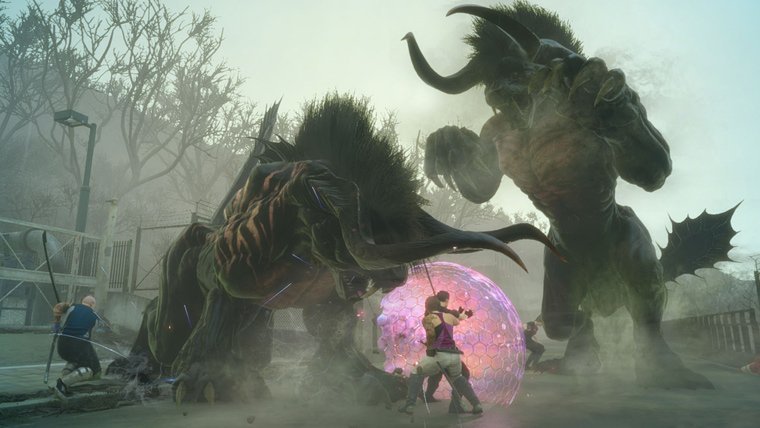 More than six months after its launch, Final Fantasy XV keeps announcing major expansions. Square Enix has presented Comrades, the multiplayer mode that allows players to create their own team of heroes and play online with other fans around the world. It is expected to come in 2018, although those who purchased the season pass will be able to take part in a closed beta later in the summer. The news come after the release of the single-player Episode Prompto, and the tease of the first details of Episode Ignis.

Comrades will offer full customization of our team through the creation of avatars and brand new quests to play both online and single-player. There will be an expanded weapon arsenal, as well as a reformed magic system based on the equipment of Royal Sigils. The beta version will offer a base camp as the place to organize the team, although the final version will add a city with much more options. The base will be the place to prepare the new meals with the items that have been collected in the quests.

While players will create their own heroes, future updates will allow them to play as Noctis and the rest of the main group. The beta will allow voice chat and the use of preset text messages, which will be expanded in the final version. Other features include meetups with friends in camps, receiving quest report cards, take new photographs and more.

The closed beta for Comrades will be available from August 2 to August 8, on PS4 and Xbox One. Playing online also requires a subscription to PS Plus or  an Xbox Live Gold membership. For more details, check out the official website of the game.