The latest news in the world of video games at Attack of the Fanboy
June 15th, 2017 by Jose Belmonte 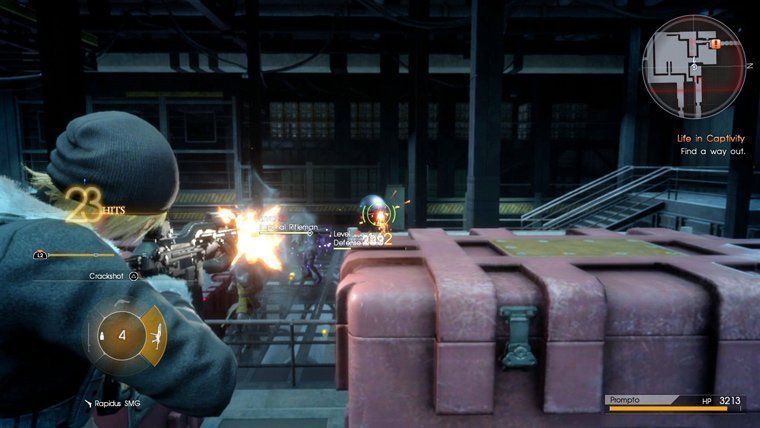 Final Fantasy XV is getting a new DLC chapter on June 27th based on a solo adventure by Prompto. As it was the case with the previous extra episode, this new content offers a completely different approach to the battle mechanics, turning them in something closer to a shooter game rather than the classic RPG style of the main adventure. Square Enix has hosted an in-depth presentation of Episode Prompto during E3, featuring gameplay footage for the first time.

In Episode Prompto, players get to witness a side story that happens in a point during Final Fantasy XV in which Prompto gets separated from the main group. As a firearms specialist, Prompto will make use of an arsenal of guns, rifles, and even bazookas, to face the soldiers of the Niflheim Empire. The game transforms into a third-person action shooter when using weapons like Prompto’s gun or the Rapidus SMG, while sniper rifles allow players to shoot in first person.

The adventure also features some stealth killings, melee attacks, and the option to pick up weapons from the defeated soldiers. While the main adventure runs for about 2 hours, the DLC also includes secondary missions that expand the duration even longer, and also some extra modes that get unlocked after finishing the first run.

Episode Prompto will be available for PS4 and Xbox One on June 27th. It will be up for purchase individually or as part of Final Fantasy XV’s season pass. Watch the gameplay footage below: