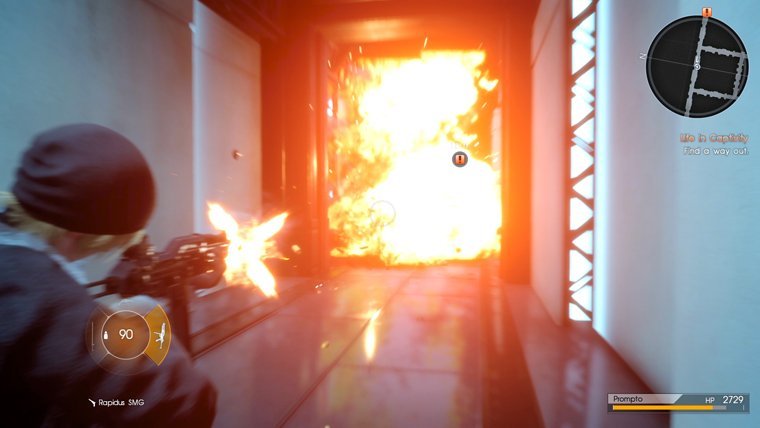 Square Enix continues to expand the Final Fantasy XV universe through new spin-off titles and new content coming to the main game. During E3 2017, the company has revealed more details on the upcoming Episode Prompto DLC and content coming in the free June update, which includes a new form for the Regalia that is able to drive off the road.

Episode Prompto will offer a brand new story segment focused exclusively on the gun expert, and its gameplay will greatly vary from anything seen in the main game, taking a semi-first person perspective when using guns and rifles, and a first-person view when using the sniper. This makes this DLC be closer to the experience of a shooter game rather than an RPG.

The same day that Episode Prompto is released, the game will also get a free update that will add new features to the main game. The main addition will be a new setup for the Regalia called Type-D, which will allow players to drive off the road to keep exploring the environments without barriers. The Regalia Type-D also has a Big Jump function which will allow the group to reach new heights instead of being limited to the ground-level terrains.

Both Episode Prompto and the free June update will be out for PS4 and Xbox One on June 27th. Square Enix has released this trailer reviewing the different products in the Final Fantasy XV Universe line.