The latest news in the world of video games at Attack of the Fanboy
February 8th, 2017 by Kevin Reyes 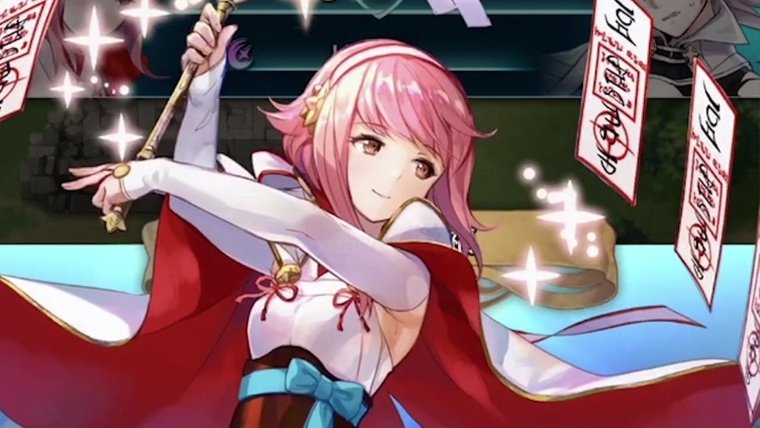 Time recently published an interview with Nintendo president Tatsumi Kimishima where they went over various topics regarding the company’s presence and products in this day and age. One of the things that the interview covered was Nintendo’s entry into the mobile scene with their releases of Miitomo, Super Mario Run, and most recently Fire Emblem Heroes. In the interview, Kimishima revealed that Fire Emblem Heroes is making 5 million U.S. dollars in revenue.

“Less than a half-day after its release, it had been downloaded over a million times, and we’re seeing revenue today at $5 million U.S. dollars,” said the Nintendo president with regards to their latest mobile sensation. He goes on to explain that they’re trying out a different monetization scheme with Heroes than what they did with Super Mario Run, with the latter being a one-time payment title and the former a freemium game.

For those that aren’t familiar with the title, Fire Emblem Heroes is a simplified mobile version of the popular Fire Emblem franchise. Instead of the vast sprawling maps, large armies, and complex mechanics available in the main game, Heroes simplifies everything to better fit the mobile platform. Maps are much smaller, players can only bring in four characters at a time, and the combat and stat systems are much more straightforward than any of the major titles.

In addition to that, Heroes takes inspiration from games like Final Fantasy Brave Exvius by allowing players to summon characters from the different Fire Emblem franchises in a Gacha-style raffle system. To summon characters, players need to spend a resource called Orbs which is their main source of income and is how the free-to-play title has made so much in such a short time. There are already reports of players spending $500 to $1000 on the game by purchasing Orbs to summon heroes.

The point of the matter is that Fire Emblem Heroes is making a lot of money and doing incredibly well considering Fire Emblem used to be such a niche franchise up until the release of Awakening a few years ago. With the recent success of Heroes, we might see Nintendo or other companies attempt similar games in the near future.