The latest news in the world of video games at Attack of the Fanboy
August 28th, 2017 by Jelani James 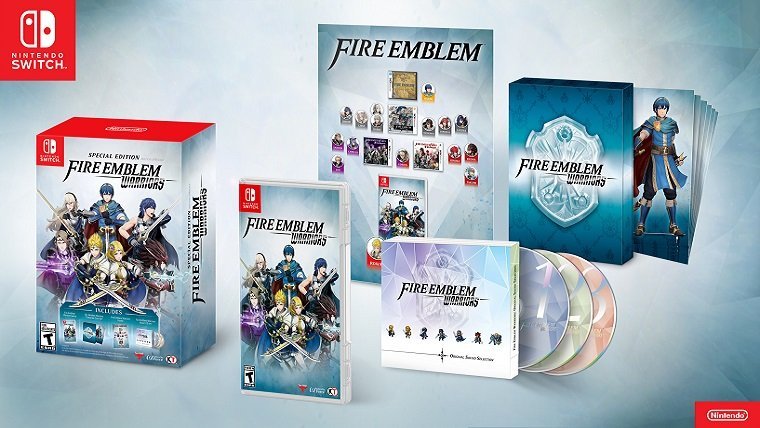 Nintendo has announced that Fire Emblem Warriors for the Nintendo Switch and New 3DS will launch in North America on Oct. 20.

In addition to the announcement, Nintendo revealed a special edition, priced at $79.99, that will be available the Switch which includes:

There’s still a little time before Fire Emblem Warriors arrives arrives in Japan (Sept. 28), so its still possible that we’ll see more characters that are set to appear in the game before then. It’s already been confirmed that the game will feature characters mostly from Shadow Dragon, Awakening and Fates, and so far it appears that most of them are from Awakening (6) and Fates (7).

To recap, here are the characters (other than original characters) confirmed thus far:

Aside from these characters (and potentially others on the base roster), there’s the possibility of DLC and amiibo support which could introduce a variety of characters into the fold such as Ike, Roy, Celica and Tiki. Of course, if they are added, then it’s unlikely they’ll have any role in the main campaign.  If that doesn’t pan out, then there is still the chance that Koei Tecmo will produce a follow-up title like it did with Hyrule Warriors.

Lastly, its worth mentioning that Fire Emblem Warriors won’t see a simultaneous worldwide release. Japan will see theirs first on Sept. 28, while Europe and North America will get theirs at the same time on Oct. 28, so be wary of potential spoilers if you’re in the latter group.