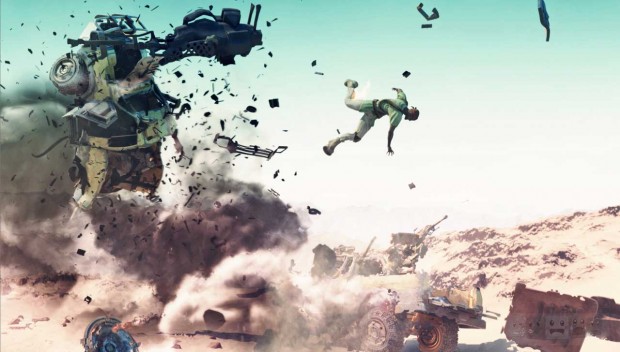 Bioware has a new franchise brewing, and is set to reveal their upcoming game at the 2011 Video Game Awards on Spike.  The image above points to at least three things.

1) There will be crashing of vehicles

2) There will be spectacular ejections from said crashes

3) You will at some point be in the desert

So it doesn’t appear that Bioware’s big reveal at the VGA’s will be their next installment of the Dragon Age franchise, and it will be a completely new franchise for the company.  The reveal will take place on December 10th at the show, alongside other publicized reveals from Alan Wake and others.