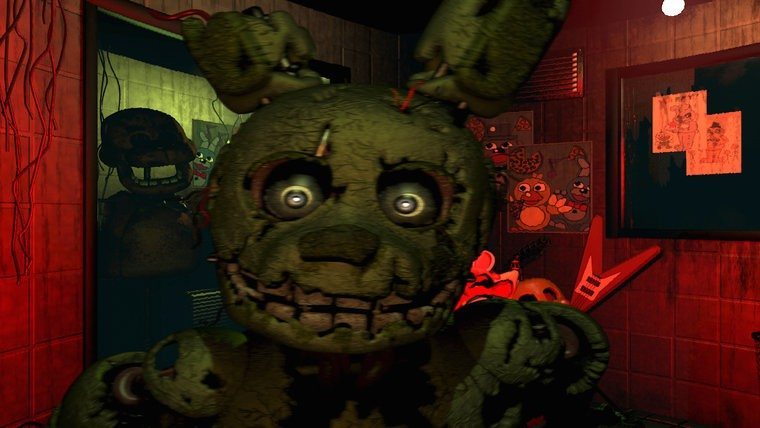 The eagerly awaited third entry of the horrifying point-and-click survival game, Five Nights at Freddy’s, has just released on Steam. This comes as somewhat of a surprise, as there was no announcement prior to the game’s sale. The sudden release of Five Nights at Freddy’s 3 has excited us all and given ample reason to scare ourselves senseless again. The third installment strays slightly from the first two, in the sense that this one takes place decades in the future. The official description is as follows:

“Thirty years after Freddy Fazbear’s Pizza closed it’s doors, the events that took place there have become nothing more than a rumor and a childhood memory, but the owners of “Fazbear’s Fright: The Horror Attraction” are determined to revive the legend and make the experience as authentic as possible for patrons, going to great lengths to find anything that might have survived decades of neglect and ruin.

At first there were only empty shells, a hand, a hook, an old paper-plate doll, but then a remarkable discovery was made…

The attraction now has one animatronic.”

Intrigued? I don’t blame you. Chances are it’s going to be a frightening ride. In fact, one Steam review called it the “best interactive laxative of 2015.” Now that is quite the prestigious award. If you’ve been dying for a reason to buy new underwear, look no further. The year’s best (so far) jump scares can be yours for $7.99.