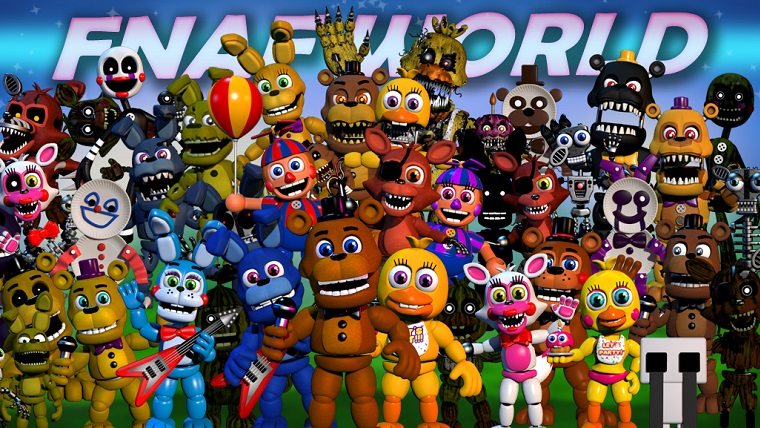 When Five Nights At Freddy’s World was originally released on Steam, creator Scott Cawthon was disappointed in the game and felt that it was unfinished. As a result, Cawthon apologized to the fans and took the game off of Steam to add in additional features and release it when it was truly ready.

The game is now available to download for free on Gamejolt, and according to Scott Cawthon the game has a remodeled overworld. Cawthon also mentions that there are many other new features added to the game, but does not detail what those actually are. He also reveals that more updates will be coming to the game in the future. You can download it for yourself by clicking right here.

The Gamejolt descriptions says, “With 40 playable characters, multiple endings, multiple difficulties, and a great soundtrack from artist Leon Riskin, FNaF World hits the ground running and doesn’t stop. Take control of Freddy and the gang as they set out on a quest in the world beneath worlds, a world that reflects the actions and deeds of the “flipside”, where things have started becoming distorted and broken. Lead your team deeper into this digital world to find the source of these glitches and monsters, and restore it to what it was designed to be- a safe haven.”