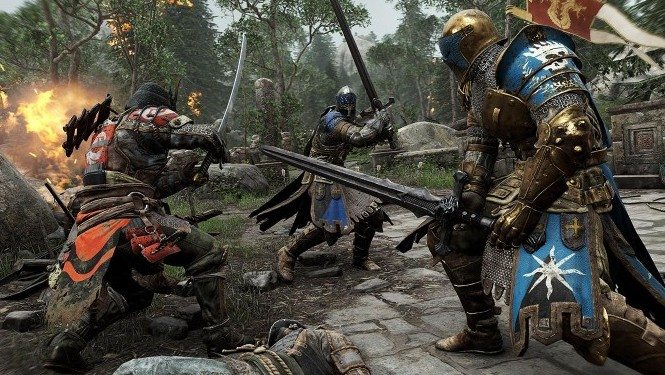 During the Sony press conference at TGS 2015, Ubisoft, released a brand new trailer for their third-person medieval title, For Honor. The game was first revealed at E3 2015 and revealed to be in development by Ubisoft Montreal.

For Honor will introduce a brand new combat system titled “The Art of Battle”, which allows for players to target specific points during a duel for real-time moments. the title will feature a competitive multiplayer mode with up to eight players and AI partners surrounding the battlefield. In For Honor, three classes are available from different time periods: Samurai, Viking, and Medieval knights, and all of these warriors can be customized and tailored with abilities and weapons.

For Honor is planned to release on Xbox One, PS4, and PC. I was able to check out For Honor at E3 2015, and can say that the gameplay is not only fluid but satisfying. Playing as a samurai really engaged me to become absorbed in the world, even with the ridiculous notion that these three warriors would come to cross swords. I’m interested to see what else Ubisoft Montreal has planned, but its always good to see a new IP.