The latest news in the world of video games at Attack of the Fanboy
February 3rd, 2016 by Scott Grill 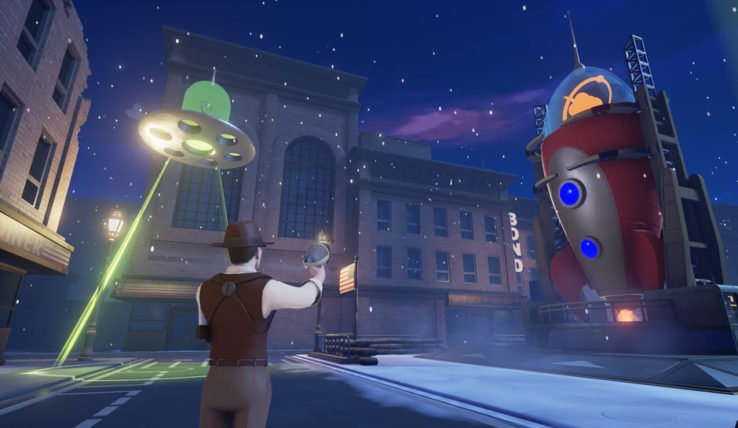 Fortified developers Clapfoot Games hosted a Reddit AMA session Wednesday following the game’s launch on the Xbox One and Steam. The absence of split-screen co-op gaming has been a growing theme in the last-two generations of games and the makers of the sci-fi 1950s tower defense game explain why an obvious feature is not included in their new release.

Several Reddit questioners asked why Fortified did not include the ability to play local co-op is not in the game. Level Designer Matt Rigg gave one of the more honest answer you’ll see in response.

“I can’t speak for everyone, but I believe that developing split screen is getting harder as the tech gets more complicated, Rigg stated. “Often Split Screen can also offer a sub-par experience with iffy framerates and lower resolutions. I think local co-op becomes a no-brainer for games where characters appear on the same screen (such as Diablo or Divinity) thus offering the same experience as if you were playing solo or online.

“As far as Clapfoot is concerned we definitely hear you guys, and it was a tough choice to omit, but as a small team we wanted to prioritize our efforts in making sure the game itself was as solid as it could be.”

Rigg also revealed there are currently no plans to add split-screen to Fortified. DLC is not currently planned either, according to Studio Co-Founder Mark Ng, but the Unreal Engine 4 powered game will be supported through post-launch patches.

Look out for our review of Fortified soon.

Several high-profile games from AAA developers with millions of dollars of backing have also skipped out on split-screen gaming over the past several years. The most notable recent omissions include Halo 5 from 343 Industries as support for playing the game on a couch with a buddy has been a staple of the franchise.

Interestingly, indie-developed ARK: Survival Evolved is adding split-screen play for the Xbox One release in an upcoming update to the open-world dinosaur survival title.