The latest news in the world of video games at Attack of the Fanboy
October 3rd, 2017 by William Schwartz 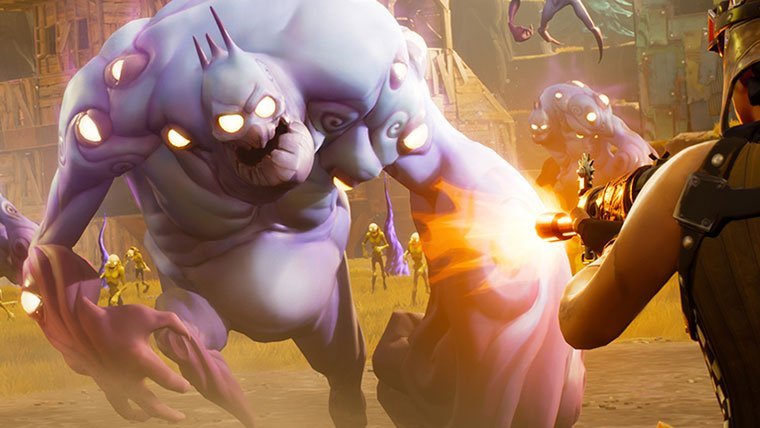 Fortnite is introducing a brand new mode to the game this week with the “Horde Bash” update on October 5th. The update will feature a new gameplay mode called “Challenge The Horde,” a new in-game event, new heroes, weapons, and more.

Challenge the Horde Mode gives players unlimited time, but limited resources to build a portable fort. Once players have designed the perfect fort they’ll exit a staging area with their co-op partners and try to survive in a Horde style mode. As you progress through waves of enemies you’ll be given more resources and rewards to expand on your fort and try to survive longer.

The in-game event tied to the Horde Bash update is a Scavenger Event. This event will feature new Llamas that contain four new heroes, nine new weapons, and two new Defenders. Scavenger currency will be earned by players by completing quests and playing the new aforementioned Challenge the Horde Mode.

These new aspects of Fortnite are NOT available to play through the Battle Royale free portion of the game. This is part of the main game which costs money to play during Early Access. While the game will go free in 2018, to play these new PvE game modes you’ll need to own one of the premium Early Access editions.

The Scavenger Heroes include a Raider Soldier that is used for close encounters and carries a shotgun, an Ammo Harvest Outlander who can supply your team with munitions, a Trap Specialist, and the Energy Thief Ninja who leeches energy by using melee combat.

The game currently comes in multiple price tiers with a standard edition starting at $39.99 going all the way up to a Limited Edition that costs $149.99. Of course, you’ll be able to play all of this content for free when the game comes out of access next year.