Check out the visual of all the upcoming items 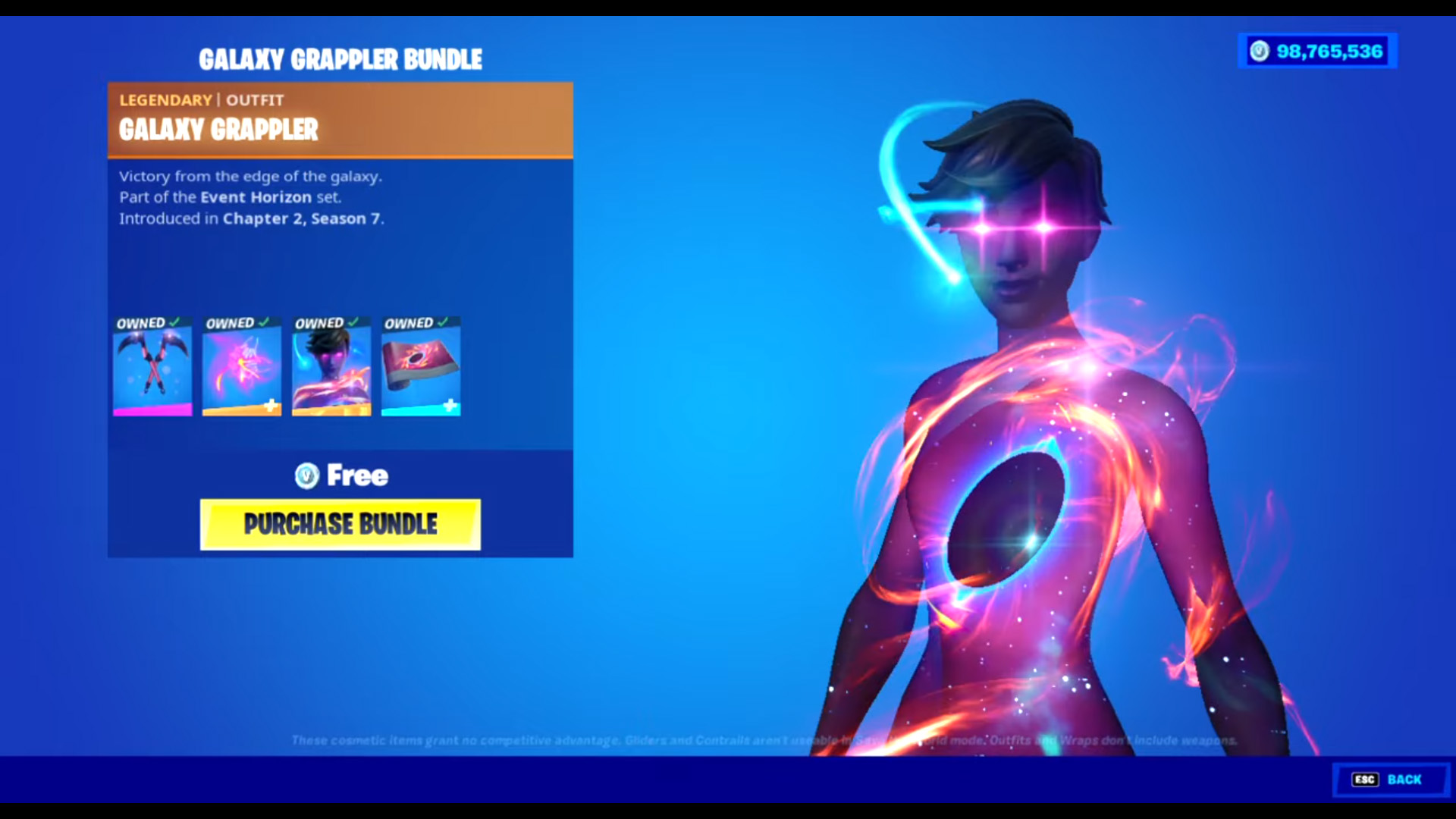 Fortnite will be getting a new crossover with Samsung in the future, at least according to recent leaks revealed by Twitter user @iFireMonkey, in which the user revealed the items to be featured in the upcoming collab, like a new skin, and more.

You can check out the tweets by @iFireMonkey below, in which he showcases the items talked above:

Based on the recent teases by Samsungs social media accounts, the Event Horizon set might be an upcoming Fortnite x Samsung collaboration.

Despite having assets for the shop; the Pickaxe has the source of "Event", and the Skin/Backbling don't have a source at all. pic.twitter.com/lyF6UqQTQB

According to iFireMonkey, in a reply to his own post, he thinks the new collab will be like the game’s previous Galaxy Scout event, in which Samsung Fortnite players were able to take part in an exclusive cup to win an exclusive outfit, similar to the one featured above.

Fortnite was first released in 2017 and is considered, today, one of the biggest titles in gaming. You can check out the official description of the game’s current season, as is featured on Epic Games Store, below:

You can play Fortnite right now on PC, mobile devices – Android and iOS, PlayStation 4, PlayStation 5, Xbox One, Xbox Series X/S, Nintendo Switch, and on macOS. You can check out its most recent patch notes, here.