The latest news in the world of video games at Attack of the Fanboy
September 3rd, 2021 by Aaron Nashar 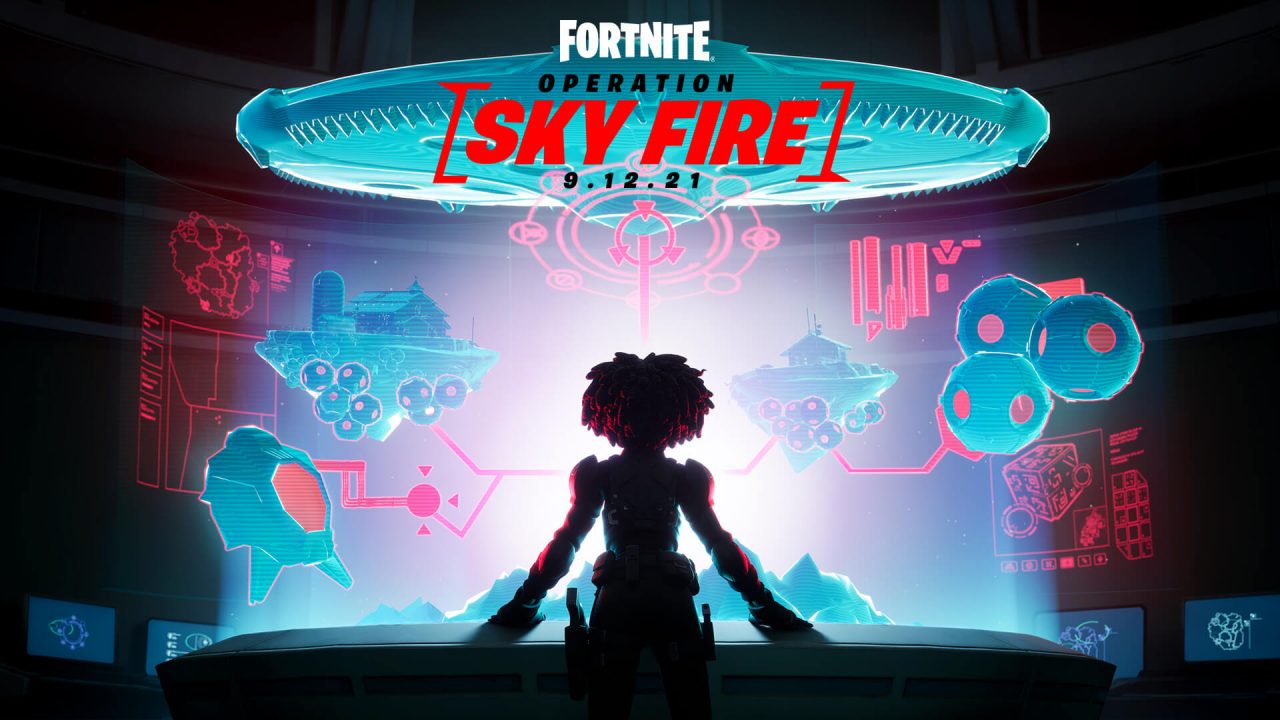 Fortnite has just announced its biggest season update yet for Chapter 2 Season 7 known as Operation: Sky Fire, releasing for all players on September 12th.

Operation: Sky Fire will mark the end of Season 7’s thrilling storyline. It will come as a free update that players will not want to miss, as replays of the grand finale will not be available after the conclusion of this one-time event.

Players will team up in a lobby of 16 friends, and the live event will be available 30 minutes prior to its start so players could more easily reserve a spot.

Players who want to properly prepare for this mission have to gather and spend their bars for this season’s Bargain Bin Wild Week on September 9th at 3 PM ET. Players are also encouraged to complete all remaining Epic Quests, Superman Quests, and exchange all of their Battle Stars.

It is worth mentioning that this event will mark the end of Season 7 ahead of Season 8’s release. Players who have purchased the battle pass but have not yet unlocked all characters will want to do so before September 12th.

Fend Off Against The Last Reality

After a mysterious army of aliens called The Last Reality had invaded the island at the very beginning of Season 7, Doctor Slone has taken command over the Imagined Order to fight back the invasion.

The Alien Mothership now has the Imagined Order’s secret base at Corny Complex in its sights, but Doctor Slone has a plan of his own to put an end to this invasion once and for all.

Players in Operation: Sky Fire will finally prepare to infiltrate The Last Reality army as undercover agents, so they could finally put a stop to the alien occupation.