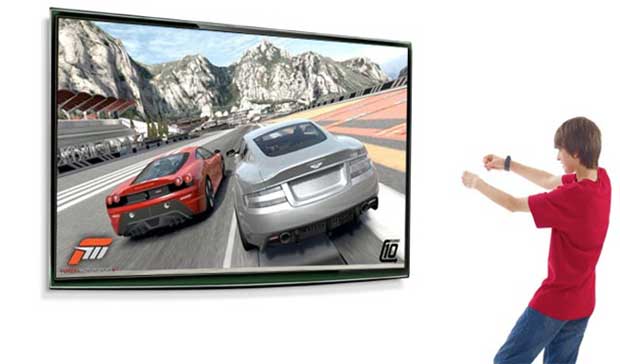 Almost a year into launch and the Kinect has yet to convert the masses of “core” gamers that reside on the Xbox 360. This fall they’ll have a shot with Forza Motorsport 4, that is if they were going to even take it. The flagship first party exclusive racing simulator is going to feature many features that use Microsoft’s motion camera, but as it turns out, they have been implemented with the casual gamer in mind. The developers at Turn 10 recently explained that at its core Forza 4 is still a simulation racer.

Fun it was. Some of the Kinect functionalities that were on display at E3 2011 for the simulation racer added some unique depth to the racer, with the ability to peer around corners and have the camera use headtracking to shift the perspective of view. Sadly not all of the Kinect features that were displayed had as much promise… I’m looking at you invisible steering wheel.