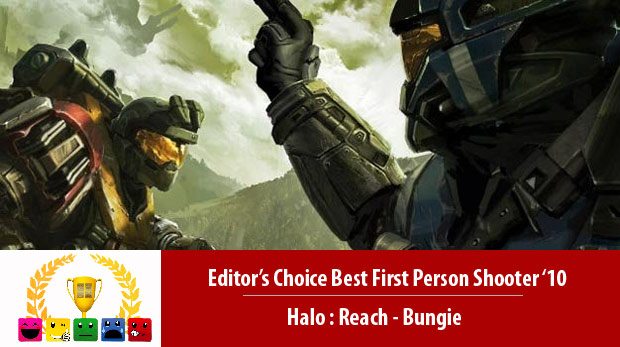 For many reasons our choice for the best FPS had to be Halo: Reach.  So many things go into making a great FPS experience in this day and age. Taking care of your online community is something that developer, Bungie, does very well.  One of the only games that I can remember in recent memory to launch without a hitch.  Despite it being one of the biggest Xbox 360 titles of all time.  Not many of these other titles can say that first and foremost.  But even more importantly, Halo: Reach is a rock solid multiplayer experience.  The guys at Bungie managed to change the game ever so slightly with the inclusion of armor upgrades, kit selection, and voting, to alter the multiplayer component just enough to not alienate it’s core fanbase, and gain some new fans of the game as well.  The last Halo title by the developer, this marks a new generation of the Halo franchise, and only time will tell if the game will ever be the same again.

Our nominations for Best FPS Reader’s Choice ’10  were Halo: Reach, Call of Duty: Black Ops, Battlefield: Bad Company 2, Bioshock 2, and Singularity.  The results below are the top three reader’s choice award winners, with Call of Duty: Black Ops taking home the title this year.  By one vote.  It’s pretty amazing, how close the voting actually was between the two games.  Honorable mention, eventhough it was in the top three, Battlefield: Bad Company 2 easily deserved to be with this group and for many reasons could be considered the best of the bunch. 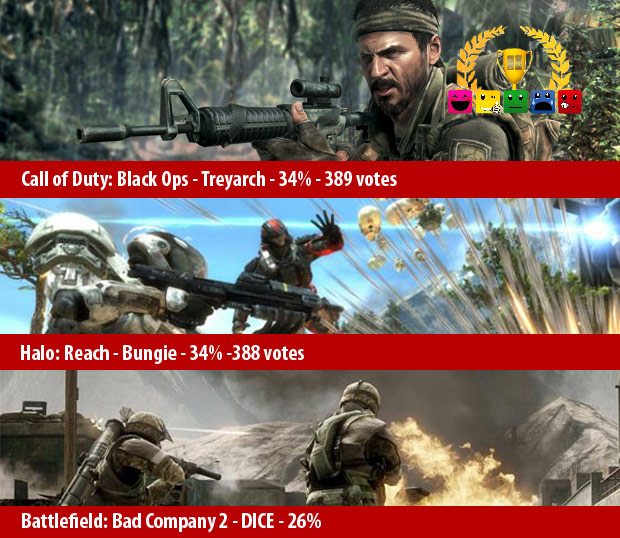