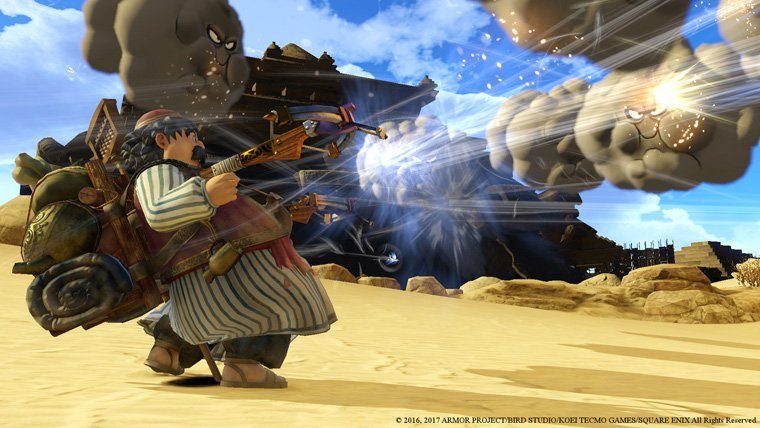 Square Enix is kickstarting a month-long plan of free extra content for Dragon Quest Heroes 2. The action-RPG recently released for PlayStation 4 and PC will be getting a series of story chapters focused on select characters, as well as special boss battles, and additional content for multiplayer modes.

Released in Western territories at the end of April, Dragon Quest Heroes 2 managed to refine the irregular formula of the original entry, offering a more polished adventure that allowed more exploration, a more satisfying combat and multiplayer options, as we told in our review.

But since the game was originally released in Japan months ago, Square Enix has had time to develop some extra content that expands the life of the game by making sure players will be kept busy once they run out of content from the disc.

This will come in the form of weekly updates that will add extra quests, bosses, and other content for free. And the company has even put up a schedule that specifies which content is released every week.

For example, this week its’ the turn of two side quests that expand the story of some of the heroes from the mainline series: Maribel and Ruff, and Torneko. By focusing exclusively on certain characters, the game also provides a sense of continuation from their respective adventures, taking a break from the usual mash-up of popular heroes.

This is the full update schedule for the coming weeks:

Monster Medal Battle: Online multiplayer battles against other fans around the world.

Dragon Quest Heroes 2 is currently available for PlayStation 4 and PC, while we are still waiting on more information about the Western release of the Nintendo Switch version.