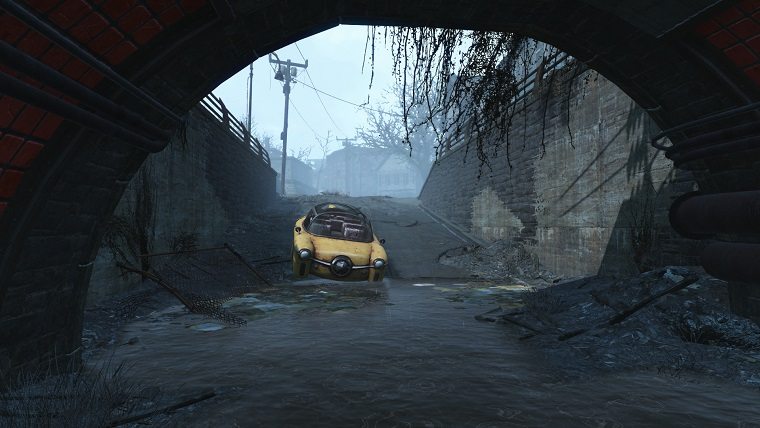 Fallout 4’s world is massive and overflowing with things to do for those who like to go exploring, as there are plenty of secrets to be uncovered. While it’s true that the huge bodies of water in the game don’t have much to reveal at the moment, some things have been discovered that have lead people to speculate that future DLC may end up taking place under water.

What has set off the speculation are a handful of things, but the most important thing is that a modder found a harpoon gun hidden in the game’s code. There were also images released for Fallout 4 prior to the game releasing that showed action under water, though those moments were not present in the core game.

Elsewhere we have pictures of an octopus and more first-person perspective caps of underwater concept art, which all certainly seems to add up that something having to do with being under water is coming for Bethesda’s popular RPG. Bethesda has already confirmed that Fallout 4 will be getting DLC at some point, so all of this speculation certainly isn’t out of the question.

You can check out footage of the harpoon gone mentioned above by checking out the video below, and all aforementioned concept art and screenshots can be checkout by clicking right here.