Future of Xbox hinges on Halo 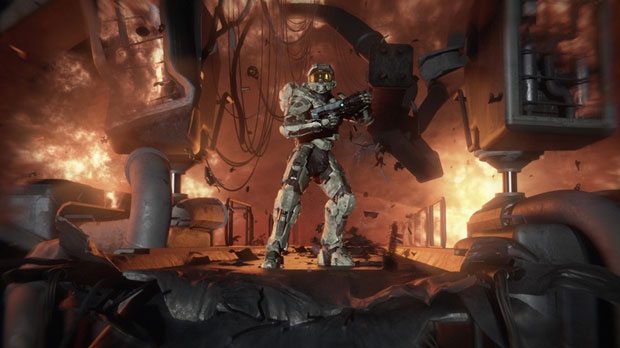 Microsoft is still betting big with the Halo franchise.  The company believes that the future of the Xbox 360 and the Xbox brand relies on this key franchise to evolve their gaming platform, at least from the core gamer’s perspective.  It’s no secret that the Halo brand has been the feather in the cap of the Xbox brand since it’s release ten years ago, but Microsoft is in uncharted territory with franchise developer Bungie having moved on to other endeavors and in-house developer 343 taking the reigns.

Phil Spencer, the boss of Microsoft Games Studios, thinks that the fate of the brand hinges on Halo.  Spencer relayed this sentiment in a recent interview.

“I think it’s important that our AAA first party titles do help craft and shape how the platform evolves,” Spencer told OXM.  “Halo just by its sheer nature of size, of user base – as well as how important the FPS is in today’s gaming world – has to play that role.”

Microsoft has made it known that the franchise is in good hands with 343 industries, and Spencer believes that the team is up to the task with Halo 4.

“The good thing about 343 is that they’ve had the time, through the development of Reach, working on getting the map packs out, and getting to know the infrastructure and the build systems and everything about Halo.”

If 343 can capture the gameplay essences that Bungie created I think it will resonate with the fans.  One thing that likely won’t be tolerated by the true fans of the franchise is the quality of the gameplay that was delivered in the Bungie produced titles.  We haven’t had much to go on in regards to the progress of Halo 4, but we will get a taste of life without Bungie in the coming months when the Halo: Combat Evolved Remake hits store shelves to commemorate the ten year anniversary of the franchise.