In game screenshots for Dead Island 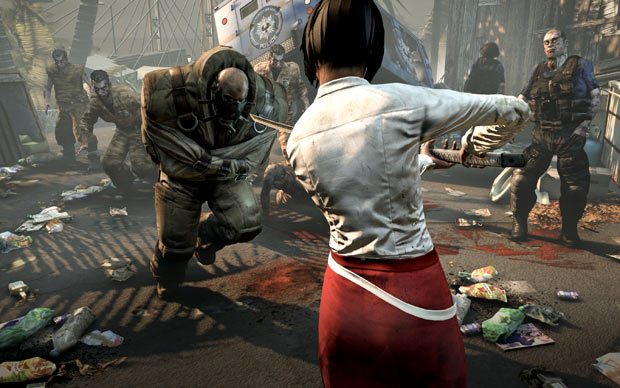 The trailer for Dead Island that was recently released is a tough act to follow.  Someone had to do it though, and Dead Island developers have released the first batch of current screenshots for the game.

What appears to be a mixture of possible cutscene and gameplay shots the game looks pretty good.  One thing that is noticed in the screens is there are no guns.  Making me wonder if this is going to be a melee only affair with tools salvaged from the island.

Either way, it looks like this zombie survival game has a lot of potential.  No official release date has been set for Dead Island, but it’s rumored for a “late” 2011 release for the Xbox 360, PS3, and PC.