Gas Up Your Lancers Gears Of War 4 Has Gone Gold

The latest news in the world of video games at Attack of the Fanboy
September 19th, 2016 by Anthony Decicco 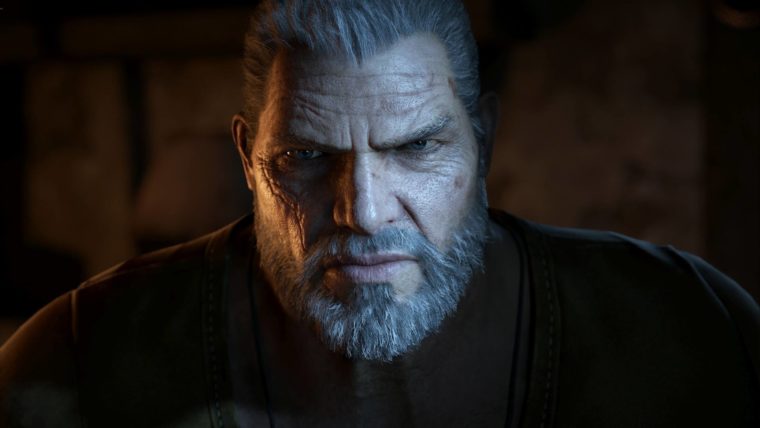 Gears fans rejoice, Gears Of War 4 has gone gold. The highly anticipated next chapter in the adrenaline fueled franchise is set to launch in early October.

Earlier today, Microsoft and their Xbox division announced in jubilus fashion, that Gears Of War 4 has gone gold with an image of the entire staff on hand for a photo op. Those on hand include Rod Fuerguson, studio head over at The Coalition, the developers of Gears Of War 4 and the one holding the coveted gold copy is Satya Nadella, CEO of Microsoft. 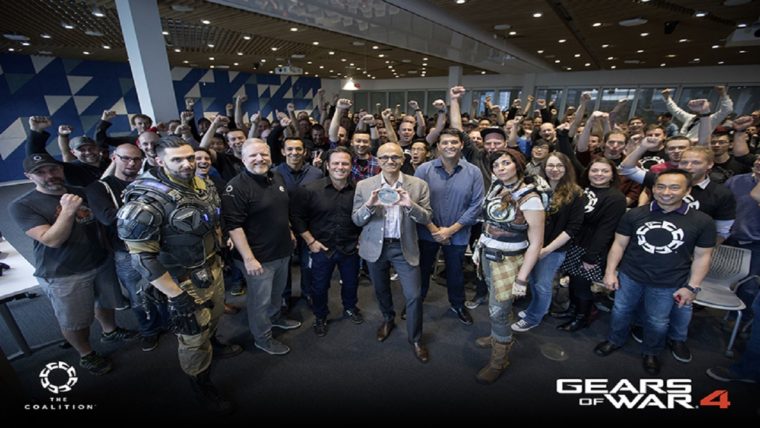 In celebration of the event, Xbox released what will be the final trailer for the game, which will serve as a last preview for fans. The launch trailer, featuring a cover of “Nothing Else Matters”, details the unfolding storry for a new generation of soldiers amid a new threat.

The developers and team behind Gears Of War 4 also got a treat today as they were awarded custom Elite Xbox One controllers. They look pretty cool and will likely be hitting Ebay for quite a bit of money. It is somewhat similar to the Limited Edition Crimson Omen controller, but it has the ‘Gears 4 Dev Team 2016’ engraving. 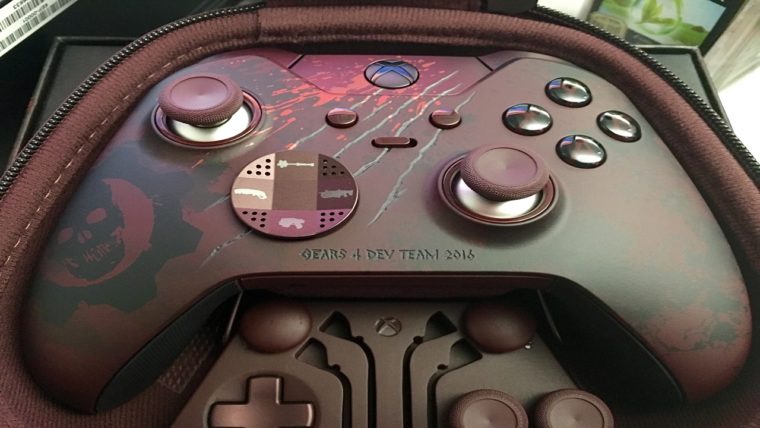 Gears Of War 4 is set to release on Xbox One and PC Windows 10 on October 11th.